Police chases are not a rare occurrence on America’s roads. Unfortunately, those high-speed chases often lead to injuries among not only officers and suspected offenders, but also innocent drivers, pedestrians, and bystanders.

END_OF_DOCUMENT_TOKEN_TO_BE_REPLACED

The jury on DeShawn Franklin’s civil rights case went to the trouble of finding in his favor. That made sense. Franklin had been an 18-year-old high school senior asleep in his bed when police officers stormed his family’s home in the middle of the night in 2012 and woke him up. The bewildered and freshly-conscious teen resisted, only to be punched multiple times; three of the officers’ blows landed on his face. Officers Tasered Franklin, fired their stun gun on him and dragged him out of his bedroom before realizing he was not the person they thought he was. Even after realizing this, the officers handcuffed him and put him in the police cruiser for resisting arrest.

END_OF_DOCUMENT_TOKEN_TO_BE_REPLACED

Jewel Hall, the mother of a 49-year-old mentally disabled man shot dead by Saginaw, Michigan police officers in 2012, is campaigning for justice for her son. 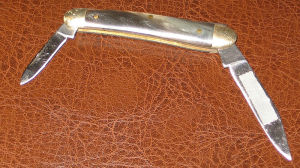 Milton Hall was confronted by eight police officers after he refused to pay for coffee at a mini mart. After Hall brandished and refused to drop a penknife, officers unloaded 46 shots at Hall, striking him 14 times before he hit the ground, killing him instantly.

Ms. Hall said that after the shooting, an officer turned Milton Hall over and handcuffed him, then put his foot on Hall’s back while blood ran “down the street like water.”

The American Civil Liberties Union released a video of Hall’s shooting this week after a presentation to the Inter-American Commission on Human Rights detailing racial disparities in the criminal justice system. Mr. Hall was African-American, while all the police officers involved in his shooting were white.

Ms. Hall said the Department of Justice investigated the shooting but refused to press charges. The State of Michigan likewise declined to prosecute any of the officers. Two officers were disciplined by the police department, and a supervisor was demoted.

END_OF_DOCUMENT_TOKEN_TO_BE_REPLACED

Suzanne Wick and Lisa Mangiardi survived years of horrific physical and psychological abuse at the hands of their husbands. Finally, when both of their husbands threatened to kill them and their children, they turned to the Iredell County Sheriff’s Office for assistance and support. While they obtained the relief they sought against their husbands, through various legal processes, they also gained an unwanted stalker-friend named Detective Ben Jenkins. 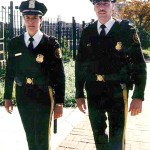 Both women sued Jenkins in 2012, alleging that he used his position as lead detective in the Domestic Violence and Sexual Assault Unit to attempt to seduce them. When they rebuffed his solicitations, the women alleged, Jenkins became angry and began stalking and threatening them.

In their complaint against Jenkins and Iredell County Sheriff Phillip H. Redmond, the women asked for damages for violations of their Constitutional rights and for Jenkins to be fired from his position. On Tuesday, they received both. According to Charlotte’s WBTV, the women settled their claims for $475,000. Their lawsuit was dismissed, and Ben Jenkins was dismissed from the sheriff’s office.

The trouble began for Wick when she moved with her husband and four children from Michigan to Mooresville in 2006. Wick alleged that she and her children endured horrific physical and psychological abuse committed by her now ex-husband.

END_OF_DOCUMENT_TOKEN_TO_BE_REPLACED

According to a recent report by WBTV, the police have been cleared of any wrongdoing for injuring teenager Tanisha Williams. Williams was taken into custody after she was arrested for shoplifting at a CitiTrends in west Charlotte. When Williams was placed in the back of the cruiser, she repeatedly beat her head against the window. She also wrapped a harness around her neck. As a result of her actions, Williams suffered severe brain damage and is now brain dead.

The Internal Affairs Division conducted an investigation into the conduct of the officers and concluded that they were not at fault. After the officers observed Williams banging her head against the window, they went to retrieve a restraining device from another police officer in the area. When the officers returned to the cruiser that Williams was in, she had stopped banging her head against the door and they did not need the restraining device. The report revealed that it only took Williams 13 seconds to wrap the harness around her neck. The officers did not see the harness at first because it was dark and because Williams’ hair was obscuring the officer’s view of the harness.
Officers asked Williams on several occasions if she was ok. Although she never responded, according to the officers she was still breathing when they asked her. When the officers discovered the harness, they immediately cut if off of her and Williams received appropriate medical attention. Williams is currently on life-support in the hospital and is receiving around-the-clock care.

END_OF_DOCUMENT_TOKEN_TO_BE_REPLACED

In this issue we discuss how truck accident injury cases require an expert’s guidance. We also talk about how dog owners can be sued for dog bite injuries. We discuss how using Botox as a pain reliever can be dangerous. We also discuss how a school may be liable for a boy’s injuries during recess. Check out the newsletter for more information.

END_OF_DOCUMENT_TOKEN_TO_BE_REPLACED

According to an article by the Charlotte Observer, an off duty Huntersville Police detective was legally drunk at the time she died in a one-car wreck. The detective died on July 5th when the car she was driving went off a road in Catawba County, North Carolina. Emergency workers found the detective in the early morning hours and she was not wearing a seat belt when the car crashed.

According to the North Carolina Medical Examiner’s Office, the detective’s blood alcohol level was .22 when the automobile wreck happened. This blood alcohol level is nearly three times the legal alcohol limit in North Carolina for driving a motor vehicle. Shortly before the crash which resulted in her death, the detective was involved in a minor car wreck and gave the other driver her Huntersville Police Department business card before driving off.