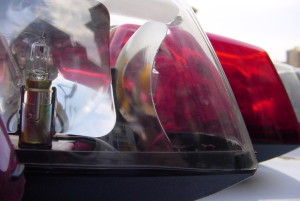 There are many reasons for the increase in attorneys willing to work these cases. One is obviously the national media attention focused on the problem. Another is the lure of multimillion-dollar settlements. Additionally, the evidence available to attorneys has exploded with the advent of the cellphone, with videos and police cams substantiating previously murky claims. Finally, individuals appear to be far more likely to come forward with accusations of police misconduct, eager to hold what they see as corrupt police officers accountable for their actions.

Though experts believe the actual incidents of police brutality have not increased, it is without doubt that claims involving police brutality have exploded in recent years. A study by the Wall Street Journal found that the 10 largest police departments in the U.S. paid out a combined $248 million in settlements last year, a number that marks a 48 percent rise since 2010. In New York, claims relating to the NYPD have risen more than 70 percent in the past 10 years and the settlement in the Eric Garner choking case ($5.9 million) was the largest in the city’s history.

Previously, these cases were the purview of civil rights attorneys, a small and specialized legal practice area that received little attention. In fact, claims involving police misconduct only really began in the 1970s and remained relatively consistent throughout the 1990s. Now, attorneys who previously practiced other areas of law, especially those in the personal injury world, are increasingly moving to fill the void and accept cases from clients who have had trouble finding a lawyer willing to help.

One of the biggest reasons that the number of police misconduct cases has increased is because victims are less afraid of filing complaints. Whereas people used to fear retribution, many now believe something can be done. This has been helped tremendously thanks to the increase in cellphone usage. Individuals recording police interactions have led directly to murder charges filed in several high profile cases. Police cameras have similarly added to the evidence able to be used in a police misconduct case. Whereas before these kinds of cases often boiled down to he said, she said, it’s now much easier to corroborate a person’s story and thus convince a judge or jury that mistakes were made.

There can be challenges with accepting police brutality cases, one of which is that many cases are tried in federal court and the notion of qualified immunity must be resolved. Qualified immunity is a concept that protects police officers by only allowing lawsuits to move forward if the officer is found to have violated a clearly established right. This requires using experts to prove that the officer’s actions were unreasonable or clearly unjustified. If lawyers can’t prove that, then the officer will received immunity and the lawsuit can be dismissed.