END_OF_DOCUMENT_TOKEN_TO_BE_REPLACED

Dogs are the most popular pet in the United States. There are more than 90 million dogs as pets, so it is no wonder that you will have an encounter with a dog at some time in your life. Dog bites are not all that uncommon and they happen daily. Most dog bites are minor, but they can be extremely harmful in some cases. A dog bite, like some other types of injuries, can in some cases be prevented. If the dog owner was negligent, they might be responsible for your medical bills and other damages. An experienced personal injury attorney will help you get the compensation you deserve for your damages.

END_OF_DOCUMENT_TOKEN_TO_BE_REPLACED

Dogs have always been called “man’s best friend,” thanks to their loyalty, usefulness and kindness toward their owners. However, if they are not treated properly they can develop aggressive behaviors that may lead to serious injuries or death. Each year in the United States alone, there are more than 4 million incidents involving dog bites.

END_OF_DOCUMENT_TOKEN_TO_BE_REPLACED

A victim of a dog bite can sustain physical injuries and financial losses associated with the injury. How do victims of dog bites obtain compensation for their losses and damages in North Carolina?

END_OF_DOCUMENT_TOKEN_TO_BE_REPLACED

Anyone who has been attacked by a dog knows that the experience is frightening. While man’s best friend is usually a source of comfort and protection, sometimes a dog loses control and attacks a misperceived threat, such as a mail carrier or guest visiting someone’s home

END_OF_DOCUMENT_TOKEN_TO_BE_REPLACED

Just about everyone loves dogs. If you walk down the street and see a cute dog, you smile and maybe even ask to pet it. More and more businesses are allowing dogs to be inside the premises. “Pet friendly” refers to the practice of businesses allowing patrons to bring their dogs into a store while they shop. This is not just service dogs, but dogs who are simply companions.

END_OF_DOCUMENT_TOKEN_TO_BE_REPLACED

A dog bite case is a relatively common example of a personal injury claim. Though the claims may occur with some regulatory, few people understand much about dog bites legally, including how the cases are filed, what the law says and how they ought to be handled. To learn more about dog bite cases in North Carolina, keep reading.

END_OF_DOCUMENT_TOKEN_TO_BE_REPLACED

While dog bites may not grab major newspaper headlines very often, it doesn’t mean they aren’t important to the victims and those insuring the victims. Animals still attack people, and the elderly and young children often serve as the primary victims of such attacks.

According to recent national data, it appears that dog bites are on the rise. State Farm Insurance paid out a total of $109 million for around 3,800 dog bite claims in 2011. In 2010 the total payout was $90 million for about 3,500 claims. Additionally, the Insurance Information Institute reports higher payouts with an estimation that insurance companies paid out a total of $479 million in 2011 alone. That represents a pretty substantial rise from 2010, when $413 million was paid out due to dog bite claims.

Children between the ages of 5 and 9 are the most vulnerable for such attacks. The second most vulnerable group is the elderly. The third group with the best chance of being attacked by a dog is, perhaps unsurprisingly, mail carriers. Though mailmen may seem very likely to be bitten by a dog, given the image seen on TV and in movies, the fact is that young children are some 900 times more likely to be bitten than a mailman.

When it comes to promoting dog safety for children, the ASPCA says that children should make sure to never do the following things:

END_OF_DOCUMENT_TOKEN_TO_BE_REPLACED 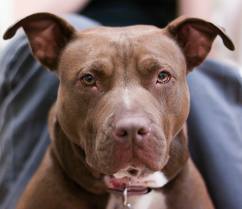 On January 12, 2011, Makayla and her great-grandmother were viciously attacked by their neighbor’s pit bulls. The great-grandmother’s name is Nancy Presson. She suffered serious injuries as she was attempting to pull the dogs off of Makayla. Both victims were taken to the Carolinas Medical Center. Soon after arriving at the hospital, Makayla succumbed to her injuries. Presson was treated for her non-life threatening injuries and then discharged from the hospital.

The owners of the dogs were brought up on criminal charges, but the homeowner’s insurance policy will only pay the $20,000 for the wrongful death settlement. A wrongful death claim exists when a person’s death has been caused by the negligence, wrongful act, or fault of another person. The key to the claim is that if the deceased person had lived, he or she would have been able to sue for his or her injuries. The purpose of the Wrongful Death Act in North Carolina is to give the legal beneficiaries the same financial benefit if the deceased person had not died.