A dog bite case is a relatively common example of a personal injury claim. Though the claims may occur with some regulatory, few people understand much about dog bites legally, including how the cases are filed, what the law says and how they ought to be handled. To learn more about dog bite cases in North Carolina, keep reading. 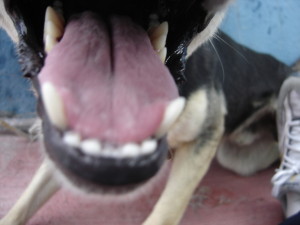 Dog bite cases are viewed as strict liability issues under North Carolina law. What does this mean exactly? Strict liability matters are those where it does not matter whether a person acted with reasonable care or not, this won’t be a valid defense. That means if an owner was using reasonable care to prevent others from being injured by the dog that won’t be enough to prevent the person from being held legally liable for harm caused by the dog.

What’s the “one bite” rule?

North Carolina is one of 18 states that employ what’s known as the “one bite” rule when it comes to injuries caused by canines. The rule essentially says that the owner of a dog that has not previously been seen as vicious cannot be held liable for the actions of that dog. Though this can grant a free pass to the owner, there are exceptions, even if it is a dog’s first time.

Exceptions to the “one bite” rule

An owner can be found to be liable for harm caused by his or her dog even if it is the first time the dog has caused harm if one of the following is true. Was the dog older than six months and out running at night? Owners have a responsibility to secure dogs older than six months and if a dog is out running “at large” and causes injury, the owner can be held liable even if it is the first time. Second, was the dog a potentially dangerous dog? If the dog has terrorized others while off the owner’s property, killed or seriously injured other animals or has been trained specifically for fighting, it might be labeled a potentially dangerous dog, which would result in legal liability on the part of the owner.

Is there a defense?

Though it’s hard to argue about whether a person was bitten, there are defenses that the owner of the dog can use to try and avoid legal liability. One example would be if the person who was bitten had somehow abused or assaulted the dog. In that case, the biting would be seen as a kind of self-defense and the owner may not be liable for injury that results from the bite. Another defense would be if the injured party was willfully trespassing at the time of the bite or had committed or was attempting to commit some other crime. This too can result in the loss of what would otherwise be a valid dog bite case.

What expenses can you recover?
Someone injured by a dog bite can sue to recover medical bills, lost wages (for time off work), property damage and even pain and suffering if the incident was serious.