Most people have slipped and fallen on a public sidewalk at least once in their life. In many cases, it is snow or ice that contributes to slip and fall accidents on city sidewalks.

END_OF_DOCUMENT_TOKEN_TO_BE_REPLACED

A recent hotel shooting in North Carolina highlighted the question of property owners’ liability for the criminal attacks of other guests. When your injury is caused by a third party during your stay at a hotel in North Carolina, can you sue the hotel?

END_OF_DOCUMENT_TOKEN_TO_BE_REPLACED

It is not often that cases involving casual holiday parties and relatively minor injuries make their way to state supreme courts. However, that is exactly what has happened in Michigan where the Supreme Court has now heard arguments about what occurred during a 2013 office holiday party. Though the particulars are not of interest to the court, the case is being used as a vehicle to explore the legal obligations property owners owe to ensure the safety of invited guests.

END_OF_DOCUMENT_TOKEN_TO_BE_REPLACED

Personal injury Lawyer Matt Arnold answers the question: ” I have been injured on another person’s property. What should I do now?”

Given the recent winter weather across not only North Carolina, but 49 of 50 states (Florida is the only one without any snow on the ground, even Hawaii has something), the potential for slipping and falling has increased rather dramatically. Studies have shown that more accidents happen in the winter and property owners are often especially worried about the possibility of someone hurting themselves, fearing liability for the injuries that result from an unsuspecting accident. How does this work when it comes to snow and ice? Are the property owners always on the hook?

END_OF_DOCUMENT_TOKEN_TO_BE_REPLACED

If you fall in a store or a restaurant or a friend’s house, does that automatically entitle you to compensation? Some people think that anything bad that happens on the property of another person is worthy of compensation. Though sometimes that may be true, there are a number of complicated factors that determine whether a personal injury premises liability claim is possible. If a property owner knew about a dangerous condition and did nothing to fix it, you might stand a good chance at collecting some money. If the property owner took reasonable care of the premises and your accident occurred seemingly out of the blue, you might find yourself on your own when the medical bills arrive. To find out more, keep reading.

END_OF_DOCUMENT_TOKEN_TO_BE_REPLACED

Personal injury Lawyer Matt Arnold answers the question: ” I have been injured on another person’s property. What should I do now?”

It was a terrible week for Disney. Executives had gathered in Shanghai for the splashy opening of their new $5.5 billion resort. Others were already making plans for the opening of a new “Frozen” attraction at Epcot. In the midst of all that good news, an alligator emerged from a lagoon and dragged away a two-year boy, a tragedy that ultimately resulted in the young boy’s death.

END_OF_DOCUMENT_TOKEN_TO_BE_REPLACED

Police responding to a burglary at the Radio Shack across from Concord Mills Mall in Concord, North Carolina found smashed-out windows and one suspect, who they removed from the scene in handcuffs. Police tracked down a second suspect a short time later, injured from a possible fall in a wooded area. Rescue crews used a stretcher to extricate the man. 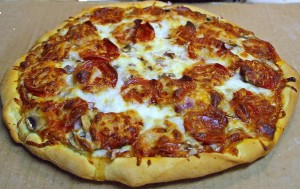 If the injured alleged burglar is as enterprising as Nigel Sykes, he may end up suing Radio Shack and the police for his injuries.

Sykes forced his way through the back door of the Newport, Delaware restaurant Seasons Pizza on November 30, 2010. Sykes held up employees using a handgun; they gave him $140. As Sykes made his way to the front of the store, however, employees wrestled him to the ground and grabbed his handgun.

After that, Sykes alleged, all of the Seasons Pizza employees began punching, kicking and pouring hot soup on his body. He alleged that he suffered “a brutal beating” that ended with him being knocked unconscious. Sykes brought suit in federal court seeking $260,000 in compensation from the restaurant. He also sued two Newport police officers who he said used stun guns on him improperly and denied him access to medical attention.