A recent hotel shooting in North Carolina highlighted the question of property owners’ liability for the criminal attacks of other guests. When your injury is caused by a third party during your stay at a hotel in North Carolina, can you sue the hotel?

Since every case is unique, only a Charlotte personal injury attorney can answer that question in your particular situation. Contact Arnold & Smith, PLLC, to establish fault in your premises liability case. 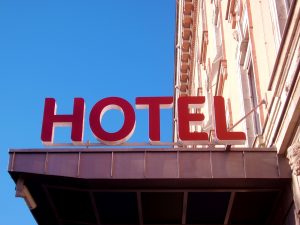 Last week, The News & Observer reported a hotel shooting that killed a man and injured a female guest. A man died by suicide at Extended Stay America hotel in Cary, the seventh-largest municipality in North Carolina, and a woman was found with critical injuries in one of the hotel rooms.

Cary police received a call about the hotel shooting at about 7:41 p.m. After arriving at the scene, the 39-year-old man was found dead in the hotel’s parking lot. Apparently, the man shot and killed himself.

The woman, who was taken to WakeMed Hospital in Raleigh, reportedly was in a “long-term romantic relationship” with the man, according to CBS17. No other hotel guests are believed to be involved in the shooting.

Is There a Special Relationship Between a Hotel and a Guest?

Generally, a hotel – or any other property owner – does not have a duty to protect guests or visitors from the acts of a third party (e.g., another guest). However, this duty may exist when there is a special relationship between the parties.

When you are a hotel guest, the hotel has a special relationship with you. Under North Carolina law, hotels must ensure a safe environment for their guests. If that duty is breached and a guest gets injured due to a hazardous condition that the hotel knew or should have known about, the hotel will be held responsible.

Thus, if a hotel guest becomes a victim of a violent assault by another guest (third party), the hotel may be held liable if the hotel’s staff knew or should have known that the guest may become violent and/or cause harm to other guests.

Foreseeability of a Third-Party Attack

Another way to prove a hotel’s liability for a guest’s injury caused by another guest is by determining the foreseeability of the incident. Under premises liability law, a guest may have a right to file a personal injury claim against the hotel if it was foreseeable that an attack may occur.

The same principle applies to slip and fall accidents at a hotel. For example, the hotel’s staff could have foreseen the risks when mopping the floor and not placing the “Warning!” sign.

Foreseeability is not easily established without a Charlotte personal injury attorney by your side. For example, your lawyer will have to investigate whether similar attacks have occurred in the past, whether the hotel did anything to control a violent guest, whether an unreasonable amount of alcohol was provided to the guest, and whether there were adequate security measures in place.

Did the Hotel Take Any Steps to Prevent the Attack?

If the hotel did nothing or its actions were not sufficient to prevent the attack, it will most likely be held liable. If a third party caused your injury at a North Carolina hotel, consult with a knowledgeable premises liability lawyer from Arnold & Smith, PLLC. Call us at 704-370-2828 or fill out our contact form. Now taking cases throughout the Charlotte region with offices in Uptown Charlotte, Mooresville and our new location in Monroe.

How Much Money can You Get for a Premises Liability Lawsuit in North Carolina?