In another tragic incident, police say that a 62-year-old North Carolina woman has died after being hit by a passing SUV. The crash happened earlier this week along Old Charlotte Road and marks the second pedestrian death in the Charlotte area in less than a week. 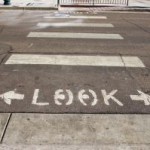 Authorities say that Carmelita Cook was walking down Old Charlotte Road near the intersection with Park Drive when she was struck by a GMC Acadia. The accident was reported to police officers a little after 8:30 p.m. on Tuesday evening.

Reports indicate that Cook was attempting to cross the road when she was hit by the SUV. Though paramedics arrived quickly, it was too late to save Cook who was pronounced dead at the scene.

So far, there are no indications from witnesses that the driver of the SUV was speeding or otherwise engaged in dangerous conduct that contributed to the crash. Police officers in Concord, NC say that they are continuing to investigate the accident and will not rest until the reason for the tragedy has been identified.

According to data compiled by the North Carolina Department of Transportation, deadly pedestrian accidents are a far too common occurrence. On average, 168 people are killed and another 200 more are seriously injured every year in North Carolina.

According to the NCDOT, the vast majority of deadly pedestrian accidents occur in urban areas, just like the accident in this case. The reason is that urban areas are far more likely to see pedestrian traffic than rural areas where the distance to stores or offices are much greater. Despite the increased foot traffic, many places lack usable sidewalks, crosswalks and other traffic calming devices designed to ensure the safety of pedestrians.

If you are out for a stroll it is critical to take special precautions to ensure your safe arrival. Wear bright clothing, especially if you are walking at night or late in the day. Pay attention to the speed and location of the cars around you and never step into traffic until you are sure everyone has come to a stop and it is safe to proceed. Finally, try and make eye contact with the drivers you will be crossing in front of, a good way to be sure they notice you and are totally stopped.