Police in Charlotte say they have launched an investigation into a case concerning a dangerous hit-and-run crash that occurred this past weekend on Albemarle Road. So far, they have only sketchy information but say they hope the public will help them catch the person responsible for causing such serious injuries. 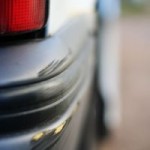 According to officials with the CMPD, the accident happened on the 5200 block of Albemarle Road some time after 10:30 p.m. on Saturday. Authorities say that a female pedestrian was walking across the street when she was struck by an oncoming Jeep Grand Cherokee. Witnesses say the Jeep was white and that the driver pulled away from the accident scene without even slowing down. Others report the Jeep was heading east along Albemarle Road and then continued in the same direction after the hit-and-run incident.

The victim in the crash was taken to Carolina’s Medical Center where officials say she is still being treated for life-threatening injuries. Investigators with the CMPD Major Crash Unit have asked for the public’s help in finding the white Grand Cherokee, which they say, will likely have serious front-end damage. Anyone with information about the hit-and-run crash is asked to call the police so that the responsible party can be apprehended.

The woman who was seriously injured in the crash continues to recover and our best wishes are with her and her family. The woman is now facing a lengthy and painful recovery, which would be hard enough on its own without the added financial burden of doctor’s bills, rehabilitation and lost work. Should the police identify the person responsible for the hit-and-run, the victim will at least know whom to hold financially responsible for the harm that she has suffered.

The woman and her family may wonder what happens if the responsible party is never found. Thankfully, if the woman herself has insurance coverage, then it is still possible that she will be able to file an insurance claim to pay her steep medical bills. That’s because most insurance policies include uninsured motorist coverage, which typically allows victims of hit-and-run accidents to file a claim against their own insurance carrier for the harm they suffered. If the responsible driver is ever identified, the insurance company can then go after him or her and seek reimbursement for the money they were out.

Though money is likely the last thing on the mind of the woman and her family while she struggles with her life-threatening injuries, it will become of critical importance in the days and months ahead as recovery and mounting medical costs begin to pile up.