Authorities from High Point, North Carolina have released word that a woman from the area who died in a recent car accident may have been posting pictures to her Facebook account prior to the deadly crash. Officers say that the tragic case underlines just how important it is for drivers in North Carolina to focus their attention on the road and not on the many electronic devices that can so easily distract us. 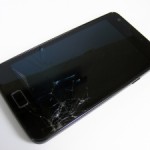 Officers in High Point say that 32-year-old Courtney Ann Sanford died after her car crossed the median on I-85 and crashed into an oncoming truck that was carrying a recycling container. The accident took place just after 8:30 in the morning on Thursday.

Police say that after the accident they looked through the woman’s phone and noticed that her last Facebook update occurred at 8:33 a.m., one minute before the accident was reported to emergency responders in High Point. According to investigators, Sanford had posted pictures of herself while driving and, in addition to uploading the photo, added a caption that required typing out a text message. The caption to the photo published just before the deadly accident said “The happy song makes me HAPPY.”

Investigators say the accident is the latest glaring example of how deadly distracted driving can be. Not only are distracted drivers dangers to others, but they can jeopardize their own safety and wellbeing. In this case, Sanford’s crash caused injuries to the driver of the oncoming truck as well as catastrophic harm to herself.

Though uploading a photograph or typing out a quick text message may not seem like a very big deal at the time, the reality is that taking your eyes and attention off the road in front of you, even for just a few seconds, is all it takes to make a deadly mistake. That’s because when cars are traveling at even moderate speeds, a few seconds can add up to hundreds of feet of pavement. In that amount of time and distance all kinds of things can happen, the road can shift, lanes can narrow, other drivers can appear, etc. By focusing your attention on something other than the road, your reaction time is delayed, delays that can prove critical in some cases.

Drivers in North Carolina should work hard to avoid touching their phones at all while driving. That means no texting, no reading, no email surfing, no music streaming, nothing. Doing this is the best way to ensure you arrive at your destination safe and sound.