A distraught mother from North Carolina has filed a wrongful death lawsuit against a security company after she claims they put her son in a cab and sent him home despite him already being dead. The horrible incident took place in November 2011 at the Cumberland County Hospital. 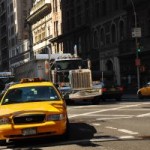 The woman says that her son, A’Darrin Washington, had been going to the Cumberland County Hospital for 10 years for treatment of his recurrent pneumonia. Washington suffered from non-Hodgkin’s lymphoma and was used to dealing with a variety of health complications.

A week before the fatal cab ride, Washington checked himself into the hospital complaining of severe illness. Doctors initially misdiagnosed Washington as suffering from bacterial pneumonia. Days later, the doctors realized their mistake and began treating Washington for fungal pneumonia, finally giving him the proper medication. Then, only a few days later, the doctors decided he was better and ready to be discharged.

The lawsuit claims that Washington felt weak and was complaining of poor health prior to the discharge. Despite his asking to remain in the hospital, security officers working for AlliedBarton called a cab to take him home. Other hospital staff complained at the time that Washington was “uncooperative” and had refused to talk or to move. Evidently his lack of cooperation was due to the fact that he was, tragically, already dead.

The AlliedBarton security guards then wheeled Washington from his hospital bed down to the waiting taxi where they carried his body into the vehicle. The lawsuit alleges that the guards not only placed Washington in the taxi, but they even crossed his legs. By the time Washington arrived home after his 45-minute trip he was unresponsive and cold to the touch.

Washington’s mother was understandably horrified by the incident and says that she is now suing to punish the hospital responsible for the gross misconduct. The woman is suing for compensatory and punitive damages, claiming that she has suffered tremendously following her son’s unnecessary and untimely death.

“North Carolina mom files lawsuit after son is sent home from hospital dead in a taxi,” by Evan Bleier, published at UPI.com.