Parents across North Carolina place their children into the hands of others everyday. Whether it’s with babysitters, nannies or larger daycare centers, tens of thousands of young girls and boys are entrusted into the care of strangers. The worst nightmare of most parents is that something happens while they are not around to do anything about it. Sadly, such an episode recently took place in Charlotte when a group of nearly a dozen young kids were rushed to local hospitals after an accident at their daycare. 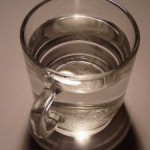 Authorities say that the children, who were all between three and four years old, were injured after drinking bleach at the daycare. The problems began when the kids gathered for a morning snack at the Bolin Day Care Center on Monday and were each given cups of water poured from a common pitcher. Soon after the children received their drinks, staff members noticed that several had become ill. As more and more children began vomiting, staff members decided that something was awry and called local police and medical personnel for help.

The children were all rushed to hospitals in the Kings Mountain area for treatment and are thankfully expected to be okay. Investigators retraced the steps of the employees and discovered that the pitcher that served the water contained an ounce of bleach. A staff member mistakenly placed that pitcher with the bleach into the refrigerator, which was then grabbed by a different person who was serving the water, somehow failing to notice the distinct scent of the cleaning agent.

Investigators with state and local health agencies say that they have launched and investigation into the matter. Though no criminal charges have been announced, some have expressed concern about how an accident like this could happen, potentially endangering the lives of a large group of young children.

The daycare has already reopened; with the owner expressing his regret that something so serious occurred on his watch. The owner noted that the facility has been open for decades and has never had something like this happen before. An investigation by a local news station found that the Bolin Day Care Center had a superior sanitary rating by state regulators and had only encountered a few minor rule violations over the years, though all of the violations were eventually corrected and no action was ever taken against the day care facility.