Police in Wadesboro, North Carolina have admitted to making a mistake during their investigation of a Christmas Day accident that left a 13-month old girl dead. Initially, law enforcement authorities said that they believed the girl’s father, Alexander Hooper, was texting before the accident. 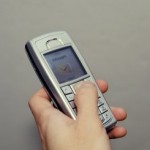 Earlier this week, Hooper was charged with texting while driving and driving left of center. Police say they found Hooper’s phone after the tragic accident and found a message on the phone that said “Merry Christmas.” They believed that the text was sent moments before the wreck and say that they think Hooper sent it to a friend.
However, after the accident was revealed publicly and police in Wadesboro said that they would charge Hooper with texting and driving, family members came forward to explain that Hooper was innocent. Family members said that Hooper was sent a message by a friend prior to the accident but never responded. Police officials say they reopened the investigation and reexamined the phone, admitting that mistakes were made prior to filing the initial charges.

Officers say they realized that the message was not an outgoing one and they worked to correct the accident report and reflect the fact that he was not texting at the time. While officers have made that change to the accident report other parts have remained the same. The original report continues to state that Hooper crossed the centerline and hit an oncoming vehicle, police say that has not been changed.

In North Carolina, it’s against the law to read or send a text message. That means that even if Hooper did not send the message it would still be possible for him to be charged with texting and driving. Thankfully, the police say that they have no evidence that the message was ever opened by Hooper, meaning he will not be charged in connection to the text.

Beyond the tragic fatality, another family in a Dodge Intrepid was seriously injured after being hit by Hooper’s Volkswagen. Following the collision the Intrepid caught fire and a passenger, Saundra Davis, was severely injured, requiring an airlift to Carolinas Medical Center Main. The Davis family required medical care and has incurred substantial expenses in connection with the accident. The family has since set up a fund for people to donate to help with the bills.

“Police: Father not texting in wreck that killed 13-month-old daughter,” published at WBTV.com.