Almost six months after a horrific fair accident left several people seriously injured at the North Carolina State Fair, a group has filed the first personal injury lawsuit in the case. The suit was filed by four family members who were riding the Vortex at the time of the accident and all sustained serious injuries as a result of the malfunction. 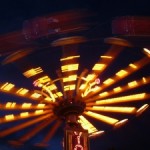 The lawsuit was filed against a worker in charge of the ride, the owner of the Vortex machine itself and two other companies that service fair attractions. The lawsuit was filed by the Gorham family and seeks an astounding $150 million from the defendants, a sum that rests largely on punitive damages. The lawsuit estimates that medical bills could continue costing the family money for decades to come and may end up totaling as much as $30 million. The remainder, $120 million, is intended to punish those responsible and ensure that another tragedy like this never happens again.

The Gorham family, Kisha and her husband Anthony, as well as their 14-year-old son and a niece, were all trying to get off the ride when it sprang back to life and threw the riders back into the area, many of whom were unsecured. Anthony Gorham suffered permanent brain damage, neck and spinal trauma and is now unable to act on his own legally. The man has had multiple brain surgeries and continues to struggle with what many agree will be a lengthy recovery.

One of those sued in the case is Timothy Tutterrow, a man from Georgia who police have said may have tampered with critical safety systems on the ride prior to the disaster. Safety investigators say they believe Tutterrow’s actions may have allowed the machine to continue operating when riders’ safety restraints were in the unlocked position. In addition to the civil lawsuit, Tutterrow faces criminal charges including assault with a deadly weapon.

The lawsuit filed against the ride operator, attraction owner and employees say that the defendants are liable due to their negligence and greed. They claim that the companies stood to profit by rigging the Vortex so that passengers could get on and off more quickly, an attempt to get a higher turnover that ultimately proved deadly. For their part, some defendants claim that their pay was the same regardless of the number of riders; an argument they say discredits the claim that they were motivated purely by profit.