In a tragic example of the dangers of speeding, a Charlotte man died last week after police say the driver of an SUV crashed into the man’s Jeep at a high rate of speed. The case highlights the damage that a fast moving car can do to unsuspecting motorists whose only mistake is being in the wrong place at the wrong time. 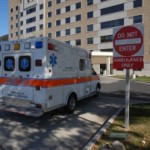 According to accident investigators, the crash happened when Perrella, who was driving a Ford Expedition, slammed into the back of Eldin’s Jeep. After the accident, both cars ended up spinning out of control. According to witnesses, after the crash the Expedition crossed northbound lanes of traffic and came to rest after hitting a telephone pole. Eldin’s car eventually ended up on the sidewalk of South Tryon.

When emergency responders arrived at the scene of the accident it was sadly too late to save Eldin. Eldin was pronounced dead at the site of the accident. Perrella suffered relatively minor injuries and was taken to Carolina’s Medical Center for treatment.

Police say they set to work investigating what may have caused the terrible accident and believe that Perrella’s speed played a decisive role in the deadliness of the crash. Additionally, Perrella is believed to have been impaired at the time of the accident, another factor that is frequently linked to fatal car accidents.

Perrella is now facing criminal charges including DWI and felony death by motor vehicle. The case is a heartbreaking example of how impaired driving and speed so often combine to create a deadly outcome. One of the primary dangers of drunk driving is the loss of good judgment and increased risk taking often exhibited by impaired motorists. One way that this impaired judgment is displayed is by vastly exceeding the posted speed limit.

To normal drivers, speeding is understandably viewed as a dangerous proposition, but to those whose decision-making has been impaired it may not seem to be as dangerous or deadly as it ultimately is. Sadly, these irresponsible choices can lead to destruction in the lives of others and also serious punishment for those responsible.