Many people have heard of the serious damage that can occur as a result of traumatic brain injuries. These days most of the press is given to soldiers or professional athletes who sustain powerful blows to the head on a regular basis. While it’s true that these groups are disproportionately affected by traumatic brain injuries, it’s also true that ordinary people can be harmed just as easily. Just this past week, a 12-year-old boy in North Carolina died after he sustained a severe blow to the head, illustrating how dangerous and serious head injuries can be. 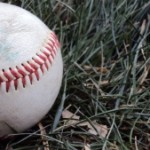 Police say that the 12-year-old Wilmington boy died after he was hit by a baseball during practice. The incident occurred at a local middle school and was part of after-school athletic practice. According to witnesses, the boy was hit in the head by a line drive ball at the Roland-Grise Middle School.

After the accident, the boy was rushed to a nearby hospital where he received treatment. Sadly, it was too late and the boy died later that night. Officials with the school district have offered their condolences while family and friends are stunned at the sudden death of an athletic and healthy young boy.

Though it may seem difficult to believe, baseball is actually the deadliest sport for children between the ages of five and 14. The Consumer Product Safety Commission estimates that four children die every year from injuries they sustained playing or practicing baseball.

The case illustrates that it isn’t just NFL players that need to worry about the harm of head injuries. Not only are young athletes in danger of sustaining a debilitating head injury, but even ordinary North Carolina drivers face possibly serious harm. It isn’t often discussed, but car accidents are actually the leading cause of traumatic brain injuries in the U.S. with tens of thousands of people every year suffering head trauma. The physics of a car accident, which involve fast speeds and rapid slowdowns, can exert stress on a person’s brain and routinely lead to concussions and other head injuries.

If you are ever involved in a serious car accident and believe you may have suffered a head injury, it is critical that you seek medical attention right away. The sooner you see a doctor the sooner you can have your condition identified and begin taking steps to treat the problem.

“North Carolina Boy, 12, Dies After Baseball Strikes Him in Head,” by Elisha Fieldstadt, published at NBCNews.com.