In a tragic accident out of South Carolina, officials say that a seven-year-old boy died while riding a dirt bike his parents gave him for Christmas. The young boy, Tristan Gabriel Mericle, was hit and killed by a tractor-trailer while riding his new bike at his parents’ house. 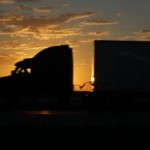 Neighbors say that they heard a loud noise and by the time they came outside they saw debris spread across the road and saw the critically injured little boy following the wreck. The neighbors say the accident scene was truly horrific and that no one should have to witness such a terrible tragedy.

Witnesses say the boy was riding his dirt bike in his front yard and drove out onto Highway 97 in Chester County, South Carolina to turn his bike around. Sadly the young boy drove his bike into the lane of traffic right as an 18-wheeler was approaching.

Neighbors say that the accident is alarming given how often other children in the neighborhood ride their bikes on Highway 97. The road is not always a busy one which leads some of the younger teens and children to occasionally ride up and down it on bikes or skateboards. Neighbors say they intend to watch this behavior carefully in the future given the terrible tragedy in this case.

Officials with the South Carolina Highway Patrol say that they have launched an investigation into the accident to determine if the trucker could have done anything to avoid the collision.  The accident resulted in the closure of Highway 47 for several hours after the wreck, with police officers and accident investigators taking photographs and collecting evidence. Officials with the State Highway Patrol say the investigation will take some time to complete and there has been no decision on whether any charges will be filed against the driver of the tractor-trailer.