Police in Charlotte say that the sleepy driver of a tractor-trailer caused a recent fiery crash. The accident happened last week along I-485 in the early morning and left one person seriously injured. 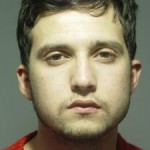 Authorities say that the accident happened near Oakdale Road when a semi drifted out of its lane and ultimately crashed. The big rig caught fire and emergency crews arrived at the scene of the accident a little before 6:45 a.m. Officials with North Carolina Highway Patrol say that an ambulance was used to transport one person to a local hospital.

Investigators say they were able to talk to the driver of the tractor-trailer who said that he may have fallen asleep at the wheel and did not remember what happened prior to the accident. Police officers say it is likely that that the driver was simply exhausted after a long shift of driving and drifted off, creating a terribly dangerous situation for himself and other motorists.

The driver of the truck has since been cited with failure to maintain lane control as well as careless and reckless driving. Though no one died in the crash, the accident highlights the dangerous things that can happen when tired drivers get behind the wheels of their cars or trucks.

The CDC says that drowsy driving is a leading cause of fatal accidents in the country and should be avoided at all costs. Drowsiness so often turns deadly because it impacts driving ability in much the same way that alcohol does. Tired drivers are less attentive, have slower reaction times and have a harder time making fast decisions, all fundamental skills of safe drivers.

The National Highway Traffic Safety Administration estimates that drowsy driving causes around 2.5 percent of all deadly car accidents. Using these estimates, experts say that between 5,000 and 6,000 people die each and every year due to tired drivers.

Though the problem of tired drivers is bad enough, when you throw a large commercial vehicle into the mix the problem becomes even more serious. Truckers often work very long hours and are forced to keep driving even when they are tired to make deliveries on time. This grueling work schedule can prove deadly when a fully loaded tractor-trailer, some weighing up to 80,000 pounds, crashes into a passenger vehicle. The injuries that result from these crashes can be incredibly serious and leave motorists permanently disabled.

“Tractor-trailer driver was fatigued before fiery crash,” published at WCNC.com.