Officials with the North Carolina Department of Transportation say state and private crews are out salting and scraping the roads in preparation for what many are saying will be the region’s first big snow event. NCDOT officials have revealed that 30 state crews will be working primary and secondary routes while 63 private contractors will be used to treat and maintain the interstates. 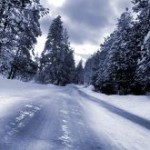 Crews have laid down brine to try and minimize the risk that snow or ice will stick to the roads. Plows are ready to help scrape up what snow does fall and keep the lanes of traffic clear. Despite the best efforts of state transportation workers, officials are still warning drivers to be especially cautions given the cold temperatures and possibilities for ice.

Already, news reports indicate that multiple serious accidents are causing major delays on interstates in the Charlotte area. Officials say that I-77 has been shut down in both directions near mile marker 40 after a bad accident occurred in that area earlier this afternoon.

It was also revealed that a six-car accident in Huntersville, NC occurred around rush hour this afternoon. That accident, which happened at the intersection of Huntersville-Concord Road and First Street, is believed to have been caused by icy road conditions. Emergency responders say there is a sharp turn in the road where the accident occurred and that slippery roadways were likely to blame for the pile-up.

According to experts, the first thing those out driving on snowy or icy roads should do is slow down. Decreasing your speed and allowing plenty of room to come to a stop are two of the most critical things that a person can do to increase their safety on slick roads. Because snow and ice can decrease traction and increase stopping distance, drivers are urged to leave at least three times more space than usual between your car and the ones in front of you.

Drivers should also apply their brakes gently to avoid skidding on slick patches. Keep your lights on and windshields clean to ensure you have the best visibility possible. Never use cruise control on icy or slick roads and be especially alert while crossing bridges or overpasses as they will freeze before other roads.

“Troopers: I-77 back open after multiple wrecks,” published at WBTV.com.