Officials in Raleigh say that one worker fell to his death at a busy construction site earlier this week, the second serious workplace accident in the area so far this year. Police say that Gabriel Andrade was working on scaffolding when he fell approximately five stories. 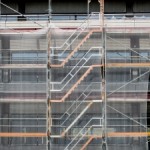 A colleague of Andrade’s called 911 immediately after the fall, but by the time emergency responders arrived he had succumbed to his injuries and was pronounced dead. Andrade was only 30 years old and leaves behind a devastated family. Investigators say that they have no reason to suspect foul play, saying that the fall was instead a fairly common construction site accident. Officials with the North Carolina Department of Labor say they will be looking into the incident and will be checking to see if the proper safety procedures were followed at the worksite.

Sadly, the accident was the second serious construction accident in Raleigh in only a few days. Earlier this month, three workers at a construction site at North Carolina State University were seriously injured after the raised platform they were standing on collapsed. Officials say the construction workers were on the platform to assist a crane operator who was lifting a steel beam into place inside the new student center.

The platform that the workers were standing on collapsed, sending all three men crashing at least eight feet to the ground below. One of the workers hurt his back while the second injured his legs. The third worker sustained a serious head injury and was taken to WakeMed for treatment.

Both of these accidents highlight how serious the danger of falling from scaffolding can be to construction workers, frequently ranking as a leading cause of workplace fatalities. Every year, hundreds of workers across the country are seriously injured or even killed in these falls. Experts say that sudden falls from even relatively low heights can prove debilitating, as the recent incident in Raleigh demonstrates.

Though scaffolding can be especially dangerous to workers, it is also an essential part of many building sites. Given how ubiquitous scaffolding is at construction sites around North Carolina, it is critical that employers take special precautions to ensure workers are properly secured.