Charlotte Criminal Lawyer Brad Smith answers the question: “What happens if I am convicted of a DUI or DWI in Charlotte North Carolina?”

There’s been a big push in recent years by states across the country to legalize the use of marijuana. Though some started by limiting use to medicinal purposes, many have expanded beyond medicine into personal use. The argument in favor is that crimes involving marijuana unnecessarily harm individuals and clog up the court and jail system, all over something that isn’t even that destructive, at least relative to alcohol and other legal substances.

END_OF_DOCUMENT_TOKEN_TO_BE_REPLACED

A graduate student who was denied a summer internship at a textile company because of her use of medical marijuana has brought an employment discrimination lawsuit against the company. 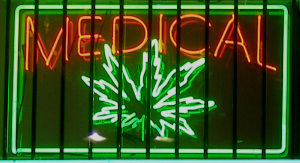 The attorney who represents the student, Carly Iafrate of the Rhode Island chapter of the American Civil Liberties Union, said the legalization of medical marijuana would be “an empty promise” if employers are allowed to discriminate against people based on their status as medical marijuana users.

The ACLU said it believes it is the first lawsuit of its kind brought in the state.

Last month, a Colorado quadriplegic named Brandon Coats lost an appeal in that state’s Supreme Court. Coats was fired in 2010 after failing a drug test. He said he used medical marijuana to control involuntary muscle spasms. Colorado’s high court ruled that legalizing the use of medical marijuana did not establish a Constitutional right to use the drug.