Charlotte Criminal Lawyer Brad Smith answers the question: “What happens if I am convicted of a DUI or DWI in Charlotte North Carolina?”

There’s been a big push in recent years by states across the country to legalize the use of marijuana. Though some started by limiting use to medicinal purposes, many have expanded beyond medicine into personal use. The argument in favor is that crimes involving marijuana unnecessarily harm individuals and clog up the court and jail system, all over something that isn’t even that destructive, at least relative to alcohol and other legal substances. 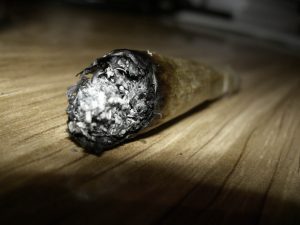 Years have passed since the first states legalized marijuana usage and now that a little time has gone by, many are interested to see if legalization has had any measurable societal consequences. Examples of what people are looking for include things like an increase in overall drug use, overdose, unemployment, car accidents, injuries, deaths, etc. Though studies haven’t yet been done to address all of these questions, two studies on the subject of car accidents and injuries just came out and have generated headlines. Unfortunately for those on both sides of the argument, they appear to disagree, making definitive conclusions hard to come by.

The second study, this one published in the American Journal of Public Health, set out to see if legalization of marijuana resulted in an increase in fatal accidents. The study compared data from the same states (Washington, Colorado and Oregon) with states that had not legalized marijuana use. Rather than comparing to neighboring states, the authors of the study used a slightly different methodology, comparing them with states they viewed as similar, meaning similar population, geography, traffic patterns, etc. The results of that study showed that there was no increase in the number of fatal car accidents in the states that had legalized marijuana use.

It should be noted that the AJPH study mirrors findings from yet another similar study. In that instance, researchers gathered data that revealed in states where medicinal marijuana was allowed, there had been no increase in vehicle fatalities. In fact, the study showed that allowing medical marijuana use might actually lower automobile fatality rates. Though the results are similar to the AJPH study, it’s important to note that this one focused only on states that allowed medical use, not personal consumption of marijuana.

So do the studies conflict? Can we derive any lessons from them? While they may seem contradictory on the surface, if you look more deeply the results of the two studies might not actually be so hard to explain. For one thing, the two used different methodologies, meaning slightly different numbers shouldn’t come as a shock. Even more importantly, the two studies set out to answer two different questions. The first intended to explore vehicle accident claims, while the second looked at automotive fatalities. One logical explanation for the seemingly different results is that marijuana legalization does lead to an increase in the number of total auto accidents, but doesn’t lead to an increase in fatal crashes. This might make sense if there were an increase in relatively minor claims, like fender benders, but not in serious high-speed collisions that are likely to result in death. Such an answer would also fit with the third study showing the medical marijuana legalization does not lead to an increase in auto fatalities.

Though an increase in collisions isn’t a good thing, most safety experts agree that the issue to watch more carefully, at least from a public health and safety perspective, is the number of fatal auto accidents.