North Carolina Highway Patrol says that a young woman in Aberdeen died after an accident that officials say was likely caused by slick and snowy roads. The fatal wreck happened in Moore County earlier this week on Sand Pit Road. 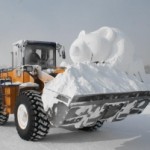 Emergency responders say that the 23-year-old woman, Breanna Tile, was a passenger in the car driven by 24-year-old Viacente Gonzalez. According to the police report, the vehicle driven by Gonzalez drifted off the snow-covered road and slammed into a pine tree. Tile died at the scene of the accident while Gonzalez was taken to a regional hospital for treatment of his injuries.

That accident took place a little after 1 p.m. on Silk Road Wednesday afternoon. Miguel Caseres was driving the Ford down a snowy road when it crossed over the centerline and collided head-on with a 1999 Chevrolet. A passenger in the Chevy was killed in the accident, though the passenger’s name has not yet been released.

Finally, Lumberton was the scene of another weather-related crash. Police say that a driver hit an icy spot of road on I-74 in Robeson County when his car slid into the back of a parked Highway Patrol vehicle that had stopped to write a ticket to another driver. The driver of that car was cited with excessive speeding and not having a valid driver’s license.

According to the Federal Highway Administration, about 24 percent (or 1.5 million) of all car accidents are weather-related. When you consider the dangers posed by snow, sleet and black ice, it’s easy to understand why the winter months are some of the most dangerous for drivers.

The reason that ice and snow can be so dangerous is that they prevent your tires from getting a good grip on the road. This lack of traction makes steering and coming to a stop difficult if not impossible. Ice is dangerous but black ice is often even deadlier because drivers don’t know what to expect. Black ice often forms at night or early in the morning and lacks the shiny finish that ice normally has, something that leads many to mistake it for a simple wet road. When temperatures dip following rain or snow it’s crucial that drivers keep and eye out for black ice to avoid being involved in a dangerous accident.