Police say a terrible industrial accident in Shelby, North Carolina left one worker dead and state investigators searching for clues about how the fatal accident could have been avoided. 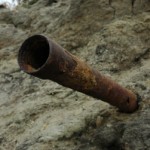 Authorities have not yet released the name of the man who was killed, but say the accident took place at the KSM Castings plant located on Plato Lee Road, west of Shelby. Emergency responders say that the accident happened when an eight-inch pipe exploded during the morning shift, leading to fatal injuries for the contract worker.

A statement from officials said that the worker had been employed by United Mechanical Corporation for more than 13 years and was quite experienced with the work he was doing. The employee had been assigned to install heating and air condition units in the plant and was in the process of doing so when the explosion occurred.

Police say that while the man was working on a part of a heating unit, a pipe exploded and parts of the metal pipe hit him in the head. United Mechanical, the worker’s employer, had been installing the heating and air units for nearly three months at the time of the accident. An investigation by local reporter found that back in 2010 and 2011, state safety investigators cited the plant with violations. Both violations were considered serious and experts say that investigators will be carefully reviewing the recent workplace death for any indication that similar violation may have played a role in the tragedy.

Nearly 4,400 workers were killed on the job in 2012, on average, more than 84 a week or nearly 12 deaths each and every day. The construction industry is a common source of workplace fatalities, making up nearly 20 percent of all workplace deaths nationwide. According to OSHA, the leading causes of death for construction workers were falls followed by incidents where workers were hit with objects, just like the accident in this case.

Here in North Carolina, state officials say the construction industry was the leading industry for workplace deaths as recently as 2012, followed by agriculture and manufacturing. In North Carolina, safety officials say that “struck-by” events were the single biggest reason for worker death. Given the data, it seems clear that employers need to dedicate more time and energy to securing objects in the workplace so that other workers might be spared similar harm.