Police in Charlotte say that earlier this week a 50-year-old man with cerebral palsy was hit and killed by a driver who never bothered to stop. Officers say that Carrington Ware had been visiting his girlfriend on Allegheny Street when the hit-and-run driver struck him. 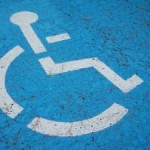 Officials say that Ware had cerebral palsy, but refused to let the disability define his life. Ware lived on his own, had an active social life and was an avid sports fan. Friends and family members gathered to mourn the loss of the man and honor his memory.

According to police investigators, it is believed Ware was crossing the street when an oncoming vehicle collided with the man. Police say they driver never bothered to stop and help Ware or even call 911. Instead, the person fled the scene of the accident. Friends and family are now asking the person responsible to come forward so they can begin the difficult process of healing from the trauma.

Investigators say that there is very little evidence for them to build a case off of and are desperately in need of help from the public. Detectives say that there was no paint transfer on Ware’s body or clothing, no shattered plastic pieces, no headlight fragments or cracked windshield glass. As a result, there is not much for crash scene investigators to use to identify the vehicle responsible.

Injuring or killing another person and then driving away without alerting authorities is not only heartless, but illegal. The law in North Carolina requires everyone who has been involved in an auto accident where there was either property damage or a physical injury to alert local law enforcement officials. A failure to do so, especially in fatal accidents like this one, can and often does lead to serious criminal charges.

Though we would like to think that hit-and-run accidents are rare, the reality is that they are more common than many people believe. According to some statistics, nearly 1 out of 10 accidents reported to police involves a driver that left the scene of the crash. More than 1,500 people die each and every year in hit-and-run accidents in the U.S. In North Carolina, several dozen people are killed in such accidents each year.

Ware’s case is unfortunately representative of many hit-and-runs in that it involves a pedestrian. More than half of all fatal hit-and-run accidents in the U.S. involve pedestrians. Much of the time these pedestrians were simply walking, jogging or crossing the road when they were blindsided by an inattentive or reckless driver.

“Man with Cerebral Palsy killed by hit and run driver,” by Richard DeVayne, published at WCNC.com.