Police in Charlotte have said that a drunk driver is responsible for an accident that left a police officer injured late last week. The accident resulted in a trip to the hospital for the officer and a trip to jail for the drunk driver. 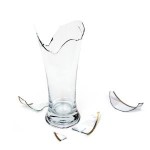 Officials say that early last Saturday morning, Officer Trevor Gail was responding to an incident on the 7000 block of Independence Boulevard when the accident occurred. Gail was in the area to help a tractor-trailer that had become stuck in the right lane and was blocking traffic.

Police say that while Gail was helping the truck driver, Christopher Parrish approached in his vehicle and hit Gail’s patrol car. Gail was inside the car at the time of the crash and suffered injuries that required a trip to the hospital. Officials say Parrish failed to notice the patrol car or its emergency lights. Parrish was also treated for minor injuries following the wreck and was later taken to jail where he was charged with felony serious injury by vehicle, DWI and failure to comply with driver’s license restrictions.

Though the police have not yet revealed Parrish’s blood alcohol concentration the night of the crash, studies show that even relatively minor levels of impairment can greatly increase the odds that a driver is involved in a serious accident. A driver with a BAC of 0.10 or greater (just slightly over North Carolina’s 0.08 percent limit) is seven times more likely to be involved in a fatal motor vehicle crash than is a driver who has not consumed any alcohol. Drivers with a BAC of 0.15 or greater are about 25 times more likely than sober driver to be involved in a wreck. .

Sadly, accidents like this one are far from uncommon. According to National Highway Traffic Safety Administration, between 2001 and 2005, 36 deaths occurred each day in the U.S. as a result of crashes involving an impaired driver. At certain periods during the year these numbers are even higher. For example, during Christmas as many as 45 deaths occur every day while 54 people day every day over the New Year’s holiday weekend.