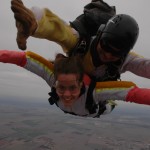 On appeal, Scheuren argued to the Wisconsin Supreme Court that giving Vogel and The Smiling Moose immunity from his lawsuit did not serve the recreational immunity statute’s purpose. The state Supreme Court disagreed, however, writing that the legislature intended the statute to be construed liberally. The court pointed out that Wisconsin’s public policy “is well-served by the current statute under which landowners are encouraged to allow public access to their property.” The Supreme Court was satisfied that applying the recreational immunity statute in Scheuren’s case furthered the legislature’s intent. In practical terms, the decision meant Scheuren’s claims against Vogel and The Smiling Moose were dismissed.

Public policy informs much in the law, and knowing whether some doctrine or statute—undergirded by public policy—is at play in your case is crucial in determining, at a basic level, whether you have a good case.

North Carolina has its own share of laws and rules supported by public policy. The Tar Heel state famously applies the concept of strict contributory negligence in personal injury cases, furthering a policy of keeping at-fault plaintiffs out of court for personal injuries.

The legislature acted in 1995 to create a rule requiring medical malpractice claimants to assert that a medical professional had reviewed their medical care and was willing to testify that a doctor’s acts or omissions fell below the applicable standard of care. The legislature tightened the pleading standards in medical malpractice cases further in 2011 and capped the amount of damages claimants could win.

Personal injury suits are often called “torts,” and proponents of “tort reform” worried that frivolous tort lawsuits were driving up insurance premiums to the point that doctors and hospitals were being driven out of business. The 1995 and 2011 legislative actions furthered a policy of restricting the amount of medical malpractice suits in the state or, put differently, encouraged doctors to render medical care without the constant threat of suit.

Critics have objected that North Carolina’s adherence to strict contributory negligence, its special pleading rules in medical malpractice cases and its cap on noneconomic damages prevent plaintiffs with legitimate claims from having their day in court and winning the justice they deserve.

Woman who died waiting for malpractice trial has former Gov. Easley in her corner