What are “White House equities?” No one seems to know. The Obama administration has never defined the term, but it uses it in order to delay “the ability of federal agencies to timely respond to FOIA requests,” according to the Washington Post. 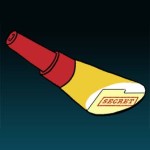 What are FOIA requests? FOIA is an acronym that stands for the Freedom of Information Act. The Act was enacted by Congress in 1966 to, according to the government, “give the American public greater access to the federal government’s records.” In general, the United States was founded as a government by and for the people; FOIA is a means by which the people of the United States can stay “in the know about their government.”

News outlets have reported in recent days that the Obama administration is abusing its authority in order to stop the legitimate disclosure of information sought via FOIA requests. Some of the highest-ranking officers in the government have been accused of trying to hide politically embarrassing information by stonewalling and denying requests for information.

Author Ronald Kessler wrote that his FOIA requests for details and costs of Vice President Joe Biden’s personal trips were blocked by Biden’s office. Biden staffers told Air Force officers not to comment to anyone about Biden’s travel expenses and not to release 95 pages of documents it compiled in order to comply with Kessler’s request.

A conservative group, Cause of Action, has brought suit against twelve federal agencies that it says have failed to turn over requested documents in a timely manner. Cause of Action cited an April 2009 memo produced by Gregory Craig, former counsel to President Obama. The memo ordered federal agencies to consult with the President’s lawyer on “all document requests that may involve documents with White House equities.”

In its lawsuit, Cause of Action has asked a federal court to order agencies to make final determinations regarding outstanding FOIA requests within 30 days.