A drunk driver in Shelby, North Carolina is now facing serious criminal charges after causing a wreck that left two people dead and a young boy critically injured. The accident occurred late last month when Dorman and Frances Pompey were driving their 12-year-old grandson in their Ford Taurus in downtown Shelby. 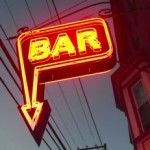 Sadly, the Pompeys were in the wrong place at the wrong time and came into contact with Demetrist Roberts on a crowded street. Authorities say that that things first began to go wrong when a police officer spotted Roberts speeding around 1 p.m. on Saturday afternoon.

The officer pursued Roberts’ Buick LeSabre and tried to stop the vehicle. Rather than comply, Roberts took off and turned down a side street. The officer initially pursued the car with his siren and lights on, but then stopped the pursuit due to streets that were crowded with visitors to a downtown art show and farmers market.

As Roberts sped off, he T-boned into the side of the Pompey’s Taurus and eventually fled on foot. Police were ultimately able to catch Roberts, thanks to the help of off-duty officers. The accident occurred with enough force to eject the Pompey’s young grandson from the vehicle, causing serous injuries and leading to hospitalization.

Tragically, the Pompeys died in the accident. Authorities say that internal affairs will review the incident to ensure that officers behaved appropriately, but it appears that given the officer’s decision to call off the chase, that the officer followed proper protocol.

Police say that after detaining Roberts they were able to discover that the man had no driver’s license and was also impaired at the time of the crash, something that many believe was the reason for his speeding away from the officer.

Since the accident, Roberts has been arrested and charged with DWI, two counts of felony death by vehicle, two counts of second-degree murder and felony speeding to elude arrest. Roberts is now being held without bond. Roberts has prior convictions on his criminal record, including concealed weapon charges, theft charges and other weapons charges.