Criminal charges have been filed against a North Carolina Department of Transportation Worker who crashed his vehicle into an oncoming minivan. The accident was serious and left an off-duty Tarboro, NC police officer dead. 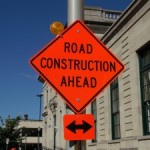 According to news reports, the 29-year-old worker, William Harrell II, faces charges of driving left-of-center and with misdemeanor death by a motor vehicle. Harrell was released on $2,5000 unsecured bond and will reappear in court later this summer to answer the charges.

The accident occurred when Officer Charles Johnson was driving his Honda Odyssey west on NC 111 just outside Tarboro. The accident happened in the morning and occurred when a NCDOT excavator being driven by Harrell drifted out of its lane. Police say that Harrell crossed the centerline and smashed into Johnson’s minivan, with the force of the crash being absorbed by the driver side area of the car.

The force of the accident was so great that Johnson was pronounced dead at the scene of the crash. Harrell’s excavator ended up being pushed off the road, though reports indicate that he survived with only minor injuries. Officials say that in addition to a criminal investigation into the crash, the NCDOT has launched its own investigation into what may have gone wrong.

The NCDOT is reviewing the condition of the excavator involved in the crash and checking to see if proper safety procedures were followed. Harrell will be required to submit to medical testing, a standard procedure in such accidents. The NCDOT has also revealed that the excavator involved in the accident had only just left a nearby maintenance yard moments before the collisions. Whether that had something to do with the tragic accident has yet to be concluded, though it is one of several options being pursued by investigators.