A woman from North Carolina has been charged with several serious crimes after running over another woman. Police say that Belinda Hudspeth was impaired and texting last week when she ran over Lavon Ramsey who was out for a walk to visit friends. 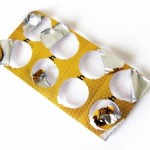 Police in Belmont, North Carolina say that Hudspeth has been charged with second-degree murder as well as other crimes in connection with Ramsey’s death. Ramsey, who was 75 years old, was taking a short stroll to her neighbor’s house when Hudspeth hit her.

Witnesses say that Ramsey was on her way to talk to a friend when they saw an oncoming SUV swerve off the road, collide with a fence and a series of trashcans and then finally, with Ramsey. Hudspeth was behind the wheel of the 1999 GMC Jimmy and those in the area say that it’s clear she was speeding at the time of the crash. Neighbors called 911 immediately after the accident while Ramsey’s husband came to tend to her injuries.

Not only was Hudspeth texting and impaired at the time, but she was driving without a valid license. That’s because Hudspeth was in the midst of serving out a yearlong suspension for a DWI conviction she received back in October 2013. The October incident was not the first criminal encounter for Hudspeth. The woman was also arrested on drug charged back in 2009 and received another DWI in 2011.

A neighbor and friend of Ramsey said that the terrible accident should serve as a lesson to others about the genuine dangers that result from texting and driving. The man said that he took a picture of the accident scene that he says he will show to his granddaughter to drive the message home that even a few seconds of inattention can be all that it takes to lead to a terrible tragedy.

“Woman charged with murder, texting while driving in fatal accident,” by Diana Rugg, published at WCNC.com.