A recent article by the Carolina Public Press concerned some of the difficulties injured bicyclists have when bringing a personal injury claim against those drivers who were responsible for the collision. The article explains that a combination of factors, including North Carolina’s contributory negligence doctrine and a deeply ingrained bias against bicyclists, contribute to making it difficult for cyclists to successfully sue after being involved in a car accident. 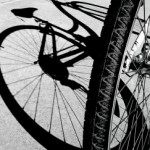 The first thing that makes it hard for bicyclists to bring personal injury cases after a car accident is the negligence system that exists in North Carolina. A handful of states, including North Carolina, use a contributory negligence standard that says that if an injured party is at all responsible for the accident that led to their injuries, then that person will not be able to recover damages in a personal injury lawsuit.

The vast majority of states in the U.S. follow a different doctrine known as comparative negligence, which apportions damages based on the percentage of responsibility of each of the parties. For example, if a bicyclist is found to be even 1 percent at fault for an accident, in comparative negligence states, they will only be able to collect 99 percent of the total damages awarded in the case. In North Carolina, that same cyclist would be barred from collecting any damages.

The problem is that this contributory negligence standard often means that bicyclists walk away with nothing after being involved in a car accident, even serious ones that result in severe injuries. That’s because even relatively insignificant infractions such as failure to ride without a safety lamp or failure to wear proper reflective clothing can result in a bicyclist being declared at fault for a car accident.

Another problem that makes it hard for bicyclists to hold car drivers responsible for the damage they cause is the fact that police officers, judges and juries without experience bicycling often blame the person on the bike for the accident, a kind of kneejerk reaction based on a misunderstanding of how bicycles operate.

An examination of data collected by the North Carolina Department of Transportation regarding bike accidents shows a clear imbalance in fault apportioned between drivers and cyclists following a collision. Out of the 1,207 serious cycling accidents that took place in North Carolina between 1997 and 2010, cyclists were found to be at fault in 54 percent of all cases. Drivers, on the other hand, were listed as at fault in only 16 percent of cases.

Experts say that the numbers are so skewed that it is difficult to believe they could be based in reality. Instead, many believe that the personal injury system is unfairly biased in favor of motorists to the detriment of bicyclists. Our culture tends to place the car above the person, something that needs to change as bicycling and urban living become increasingly popular in our growing city.

“After a collision, many cyclists hit with complex, ‘archaic’ legal realities,” by Jack Ingelman, published at CarolinaPublicPress.org.