It’s bad news for those who love going for walks. A recent study by the groups Smart Growth America and National Complete Streets Coalition found that Charlotte ranks among the 10 deadliest cities for pedestrians in the country. Charlotte has company at the bottom of the list, with the majority of the most dangerous places being located in the southern U.S. 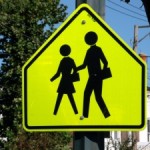 The report ranked 51 of the largest cities in the country based on statistics including pedestrian fatalities and injuries. The report found that those cities in the South were far more likely than other regions to rank high in terms of pedestrian danger due to the general lack of walkable areas and the rapid growth the region has experienced in recent years.

The growth among southern cities such as Charlotte, Orlando, Houston and Miami has often led to the creation of ever-larger roadways designed to funnel huge amounts of vehicle traffic out of cities. These road projects are all too often built without attention to pedestrians in the area, something that often leads to injury and even death.

Orlando, Tampa and Jacksonville made up the three most dangerous places for pedestrians, followed closely by Miami, Memphis, Birmingham, Houston, Atlanta, Phoenix and finally, in 10th place, Charlotte. The data shows that Charlotte is now more dangerous for pedestrians than either Detroit or Dallas. Between 2003 and 2012, 254 pedestrians died in the Charlotte metropolitan area. Even more pedestrians suffered injuries, with hundreds of people involved in injury-producing accidents each and every year.

Experts say that more crosswalks, more traffic signals and more lighting would go a long way to protecting pedestrians. Additionally, measures should be taken to slow down traffic, especially in densely populated urban areas where pedestrians are more common. Designing what are known as “complete streets” that incorporate bike lanes and wide sidewalks are other ways that city planners could increase the safety of those on foot.

Many walkers in Charlotte hope that local officials heed the advice of the study before more people are killed in unnecessary pedestrian accidents. Given how easily streets can be made safer for walkers and joggers, we can only hope that the sad distinction of being included on a list of dangerous cities is enough to prompt action by those in positions of power.

“Charlotte ranks as 10th most dangerous for pedestrians,” by Bora Kim, published at WCNC.com.