A Charlotte woman died earlier this week after being involved in a terrible accident on Brookshire Boulevard near I-485. Police say the crash happened around 5 o’clock in the afternoon on Wednesday. 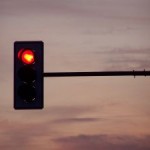 According to authorities, the accident took place after the woman, 53-year-old Annie Roller, took off from a stop light on the off-ramp of I-485. Roller had been stopped at a red light and when her light changed to green she pulled out into the intersection and tried to make a left turn onto Brookshire Boulevard.

Just as Roller was pulling into traffic, she was struck by an oncoming Ford Explorer driven by 23-year-old Quantovius Forte. Forte is said to have run the red light and smashed into the left side of Roller’s vehicle. Accident investigators say the force of the collision was intense and that the driver’s side of Roller’s vehicle absorbed the vast majority of the impact of the crash.

By the time emergency responders arrived, it was too late to save Roller who was pronounced dead at the scene of the accident. Forte himself suffered minor injuries in the crash and was taken to a Charlotte hospital for treatment. Once he was discharged, Forte was arrested and has since been charged with misdemeanor death by vehicle. In addition to the more serious death by vehicle charge, Forte is also facing charges for an expired registration, expired inspection and running a red light.

The accident is a tragedy for Roller’s family. They must now live with the reality that one person’s irresponsible choices resulted in their loved one’s lost life. The case is a devastating reminder that taking shortcuts on the road can ultimately prove costly, leading to sometimes unexpected and catastrophic results.

When people are rushed, maybe late for an appointment or hurrying to work, running a red light might not seem like such a big deal. This case illustrates perfectly the danger of such choices and how quickly they can end in death or serious injury. When drivers run red lights the reality is that the vehicle that absorbs the force of the impact of the crash typically suffers far greater harm than the driver who broke the law. In this case, Roller, who had done nothing wrong, ended up dying while the responsible party walked away with only minor injuries.