Police in Charlotte say that a serious accident involving a school bus in Uptown resulted in four people having to be taken to local hospitals for treatment of injuries. The wreck happened earlier this week on Mint Street a little after 2:30 p.m. 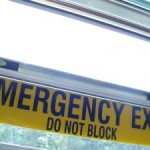 Officials with Charlotte-Mecklenburg Schools say that the bus, number 1305, was being used at the time of the wreck to transport students from the Performance Learning Center. The bus at some point collided with an oncoming vehicle, an accident that resulted in serious damage to both the car and the bus.

In addition to damage to the vehicles, emergency responders say four people were injured in the accident. Three of those injured were students who were taken to Carolinas Medical Center to be evaluated. The driver of the bus was also harmed, and was transported to Novant Presbyterian Hospital.

So far, officials with Charlotte-Mecklenburg Schools say they aren’t releasing the cause of the accident, but say that everyone involved is expected to be fine. That’s good news but hardly comforting to the parents of the children who were injured in the accident.

The latest accident is one of many seen frequently across North Carolina. A simple Google search turns up multiple articles involving school bus crashes across the state in only the last several weeks. Though school buses are said to be one of the safest modes of transportation for children, it does not mean they are always safe.

One thing that safety advocates have long suggested is that school bus manufacturers spend money to install seat belts on school buses. For years this idea has floated around and for years the industry has successfully thwarted any attempt to encourage the installation of the safety belts. Industry leaders claim that the buses are safe enough as-is and that the added expense of installing seat belts would accomplish little in terms of improving student safety.

However, studies have shown that in the event of a dangerous rollover accident, seat belts could prove incredibly useful and would greatly decrease the odds that a passenger is injured. The reason is that seat belts would ensure that students are kept inside the bus and not ejected, something that almost always results in serious or even life-threatening injuries.