Almost everyone has heard about the dangers associated with texting and driving. Distraction behind the wheel frequently proves deadly and is thought to be responsible for thousands of deaths across the country each and every year. Despite laws on the books in North Carolina, officers say they have a hard time cracking down on offenders given the way the current law is written. 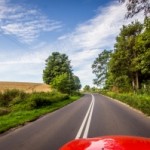 Texting and driving is a serious problem not only across the country, but right here in North Carolina. Reports indicate that between 2011 and 2012 there were more than 1,500 accidents in the state directly related to distracted driving. Many people might think that given the hundreds of accidents, it was time that troopers in the state paid attention to the matter and cracked down on those who broke the law regarding texting while driving. Unfortunately, it isn’t always so easy.

Numbers gathered from law enforcement officials tell the story. Since the state’s no-texting law was passed in 2009, there have been fewer than 3,100 citations issued by Highway Patrol officers. Dividing that number by the total number of state troopers on the payroll reveals that each officer has issued fewer than two distracted driving citations in almost five years, an alarmingly low number.

The problem is that because of how North Carolina’s law against texting and driving is written, police officers frequently have a hard time catching people in the act. In fact, experts say that if the existing law was rewritten it is likely there would be a huge spike in the number of tickets written every year.

The issue is that the current law says that it is illegal to “read any electronic mail or text message” or “enter multiple letters of text” into a personal electronic device as a means of communication with someone else. However, when cops pull over drivers they believe have been texting, the drivers almost always claim to have been dialing the phone or looking for someone’s number. In North Carolina, dialing a number is not illegal.

Though some of those pulled over for suspected texting might very well have been dialing a number, the reality is that many were texting and simply did not want to admit it. Cops have a hard time proving that a driver was texting if they say they weren’t given that drivers have no obligation to hand over their phones.

Those who have experienced the harm that can come from irresponsible driving believe that North Carolina’s laws are overdue for a change. One way of doing this would be to change the law so that only hands-free use of phones is permitted. That way, any driver seen using his or her phone would automatically be found to have broken the law, reducing the need for officers to prove that the driver was texting.