Police in Charlotte say a woman is now facing criminal charges after a scary road rage incident that left two other people seriously injured. The episode took place on LaSalle Street where authorities say the woman ran over two people while pursuing the driver of another car. 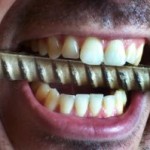 Law enforcement officials say the incident began with two cars that were speeding and swerving in and out of traffic. Jessica Ekwuruibe, who was driving a black Toyota Camry at the time, drove down LaSalle Street while chasing another car, hitting two innocent bystanders in the process. Police say the two pedestrians who were injured in the road rage incident were simply in the wrong place at the wrong time, out to help a friend put gas in his stalled car.

Despite running into two people, Jessica and the driver of the other car continued on down LaSalle Street, ultimately pulling into a nearby gas station. When both arrived, Jessica got out of her car and continued a verbal and physical altercation with the woman driving the other vehicle. Witnesses say that even when the police arrived the women still refused to quit fighting with one another, both ultimately had to be restrained.

One of the two people that were hit by Jessica was an off-duty city employee. Officials say that both victims suffered broken bones and severe scrapes and bruises, but are thankfully expected to fully recover from their injuries. Jessica has since been charged with reckless driving, felony hit-and-run and assault. Police say that the driver of the other car will not be charged in connection with the incident and was allowed to leave the scene of the accident.

This case clearly demonstrates how dangerous road rage can be, both for the victims and the person behaving badly. Though not all road rage episodes end this terribly, many do lead to dangerous speeding or reckless driving, behavior that can jeopardize the safety of yourself and others on the road.

According to AAA, 56 percent of all fatal traffic accidents are the result of aggressive driving. By allowing yourself to get worked up, you become far more likely to engage in risky behavior behind the wheel, including driving too fast for the road conditions or ignoring traffic signals. Though it can be difficult in some cases, try and remain calm, breathe deeply and relax when out for a drive.