In a very sad case, accident investigators in California are saying that Paul Walker, star of the “Fast & Furious” movies, died in a car accident last year due to speeding. Police initially wondered whether drugs or mechanical failure could have been responsible for the actor’s death, but recently confirmed that it was simply speed, a common though deadly mistake made by drivers across the country. 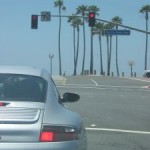 According to an official announcement by the Los Angeles County Sheriff’s Office, investigators say they determined the cause of the deadly single-car accident was that the vehicle was traveling at unsafe speeds for the road conditions. Walker died while a friend was driving between 80 and 93 miles per hour on a stretch of road that had a listed speed limit of only 45 miles per hour.

This isn’t the first time officials have noted the potentially deadly role played by speeding in the actor’s death. Last year the coroner’s report noted the kinds of injuries seen on the bodies of those involved in the accident typically occur when vehicles crash after going more than 100 miles per hour.

The case highlights just how dangerous speeding can be, even in cases where drivers appear to do everything else right. The final accident report showed that neither Walker nor his friend had drugs or alcohol in their systems. In addition, both were wearing their seat belts and their airbags deployed exactly as they should have. Nothing mechanically went wrong to cause the accident. It was simply speeding.

Though most North Carolinians don’t drive around in Porsches like Paul Walker, speed can kill in even the most mundane vehicles. The simple fact is that speed limits exist for a reason. Speed limits are designed to warn drivers of how fast certain segments of road can be safely driven. Those who exceed these limits put their life and the lives of others at risk.

It also bears mentioning that speed limits apply only for ideal road conditions. That means if you are driving on a stretch of road in the dark or in the rain, it may not even be safe to go as fast as the signs say you are allowed to. Always be aware of the how the weather and traffic could impact the speed at which you can safely travel and make changes accordingly.