GM is currently in the midst of a major recall and consumers have begun to grow more nervous over the safety of what some groups have said are millions of potentially affected vehicles. So far more than 1.6 million GM cars have been swept up in the recall, a number many expect to rise before it’s all said and done. 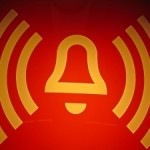 GM’s CEO Marry Barra has apologized to customers and the driving public for the mistakes that led to the recall, saying that GM owes its customers better vehicles and a more direct approach in the future. The company has been criticized by safety advocates, Senators and even the NHTSA for what some call a dangerous and potentially deadly delay in issuing the important recall notice.

The problem at the center of the recall revolves around a faulty ignition switch that can go bad without warning. GM says that the ignition switch is prone to breaking if drivers have especially heavy key rings or even when the car suffers a big jolt or bump. When the ignition switch goes bad, it can cause the car to completely lose power, meaning that critical safety features like airbags fail to work properly, if at all.

For its part, GM says that it has seen reports linking the faulty ignition switch to 12 deaths. However, others say this is a woefully inaccurate underestimate. The group, Center for Auto Safety, says that an extensive investigation has revealed that the defective device may actually be responsible for more than 300 deaths due to high-speed accidents where airbags failed to deploy properly.

Though the recall itself is cause for plenty of alarm, many are more troubled by the long amount of time it took GM to get around to warning drivers of the problem. Initially, GM said that it issued the recall soon after discovering the problem. This has since been proven false, with some records indicating that GM knew of the problem as far back as 2001, 13 years ago. GM also issued a dealer notice concerning the faulty ignition switch as early as 2004, meaning that company has been on notice for more than a decade regarding a problem that some say has cost hundreds of lives.

GM will now have to contend with not only the costs of the massive recall, but the even more expensive prospect of handling personal injury and wrongful death lawsuits filed by victims. Family members of those who died in crashes caused by the faulty ignition switches have already begun preparations to file lawsuits against the automaker for its failure to correct the problem years ago.