Red Bull does not really give you wings, but since you might have thought it did, the company that makes the popular energy drink has agreed to pay $13 million to customers in the United States. 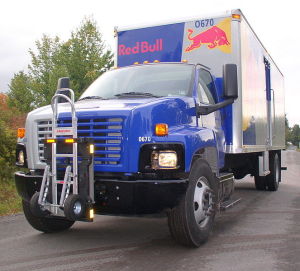 If you are one of those customers, you can claim your share of the $13 million by simply filling out an online form. On the form, you will have to certify—under penalty of perjury—that you purchased at least one Red Bull can between January 1, 2002 and October 3, 2014. If you did, you can choose either a $10 reimbursement or a voucher for $15 worth of Red Bull products.

The company was sued by Plaintiff Benjamin Careathers in 2013 in United States District Court for the Southern District of New York. Careathers alleged that the company misled him about the energy drink’s health benefits. Careathers—who said he had been drinking Red Bull for over ten years—said the company’s claims that the drink increased consumers’ performance, concentration and reaction speed were “deceptive, fraudulent and therefore actionable.”

Careathers’ lawsuit was certified as a “class action.” Class action lawsuits enable one or more plaintiffs to file and prosecute claims on behalf of a larger group of people, or a “class.” The class action device saves time and expense by resolving claims of potentially thousands or millions of plaintiffs in a single court action. A company like Red Bull might actually save money by settling a merit-worthy class-action suit rather than facing thousands or millions of identical lawsuits.

Red Bull denied any wrongdoing. The company said that it “believes that its marketing and labeling have always been entirely truthful and accurate.” The company also promised, however, that “all future claims about the functional benefits of its products will be medically and/or scientifically supported.” The company said it was settling the lawsuit in order to “avoid the cost and distraction of litigation.”

Companies are permitted to engage in so-called “puffery” in advertisements. “Puffery” is an exaggeration or statement “that no reasonable person would take as factual.” On its website, Red Bull boasted that “numerous scientific studies” had shown that the energy drink increases consumers’ performance, concentration, reaction speed and vigilance, stimulated their metabolism and made drinkers feel more energetic, according to Careathers’ lawsuit. In reality, Careathers argued, Red Bull is merely a “caffeine delivery system” like coffee.

Red Bull failed—as a matter of scientific fact—to deliver on its claims, Careathers alleged, despite charging premium prices compared to other drinks that packed the same proverbial punch as Red Bull. Careathers argued that the company’s practice of branding its energy drinks “as unique and superior products justifying substantially higher prices over alternative sources of ‘energy’ such as coffee” was “unscrupulous.”

Pet killings leave pet owners with a lot of grief, little to recover in damages