One person has been charged and another is person is dead after a terrible two-car crash in North Carolina took place earlier this month as a group of friends were heading to a neighborhood cookout. The accident left 22-year-old Jatara Moore dead and six others seriously injured. 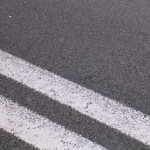 Police say the crash happened just before 10 p.m. on Highway 601 in Salisbury, North Carolina. Authorities believe that the two cars involved in the crash were heading in opposite directions when one of the vehicles carrying five people lost control and veered off the road.

The driver of the car that eventually lost control overcorrected and ended up sliding across the road, leading the driver of the oncoming car to smash into the side of the skidding vehicle. Moore was a passenger in the skidding vehicle and her side of the car absorbed the brunt of the impact of the crash. The other car involved in the accident had two occupants at the time it T-boned the out-of-control car.

Emergency responders arrived at the accident scene quickly and found Moore dead, having suffered catastrophic injuries. The driver of her vehicle, a 19-year-old, is being charged with misdemeanor death by vehicle, according to officials with the North Carolina Highway Patrol.

Though Moore sustained the most severe injuries, six other were eventually transported to local hospitals, including Moore’s five-year-old son. The other injured victims are said to be stable and do not appear to have suffered life-threatening injuries, a miracle given the force of the crash.

Authorities say that they believe speed was a factor that contributed to the accident, thus justifying the criminal charges against the 19-year-old driver. Though you may not realize it, the reality is that overcorrection can prove deadly when combined with other factors such as bad weather or speed.

Overcorrection is a leading cause of fatal accidents and occurs when the driver steers too aggressively in reaction to another event, usually the loss of control of the vehicle or an attempt to avoid something in the roadway ahead. Another common reason for overcorrection is when a person has drifted out of his or her lane of traffic and attempts to swerve back onto the roadway. This swerve can prove deadly when drivers go too far.

To help avoid such dangerous accidents, remember the phrase EASY OFF EASY OFF. Safety experts say drivers should stay calm and breathe easily when they feel themselves drift out of their lanes. Don’t panic. Instead take your foot off the accelerator and ease the car back onto the pavement. While doing so, keep your foot off of the break. Remembering this strategy can keep you and your passengers safe in the event of a mistake behind the wheel.

“Teen girl charged after one killed, six injured in wreck,” by Mark Davenport, published at WBTV.com.