A man was killed earlier this week in Huntersville, NC when police say another driver turned in front of his bike. The accident happened quickly and ended in the experienced motorcyclist’s tragic death. 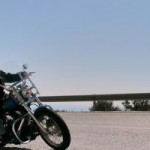 According to witnesses, emergency responders arrived at the scene of the accident a little after 3 p.m. on Saturday. The wreck occurred at the 16700 block of Huntersville-Concord Road and involved a motorcycle driven by Kenneth Lavern Owens and a Chevy Trailblazer.

Police say that 40-year-old Owens was in his motorcycle heading northeast on Huntersville-Concord Road when the Trailblazer, which was heading south, made a left turn into Owens’ lane. According to accident scene investigators, Owens tried to brake but simply did not have the time to do so safely. Thinking fast, Owens then laid his bike down on its side in an attempt to slow the momentum of himself and his motorcycle.

Despite his best efforts, Owens was unable to avoid colliding with the Trailblazer. Police say that when they arrived, Owens was already dead after hitting the side of the Trailblazer. The driver of the Chevy has since been charged with a misdemeanor, death by vehicle, as well as failure to yield the right of way.

According to authorities, Owens was wearing his helmet at the time of the deadly accident, yet more evidence that Owens behaved exactly as an experienced rider would. Despite all his skill and preparation, it was simply not enough to keep Owens safe. Now Owens’ family must find a way to move forward following the tragedy.

Safety experts say that cases like this one prove how crucial it is for the drivers of passenger vehicles to be especially cautious for motorcycles. Motorcycles are harder to spot than traditional passenger vehicles given their much lower profile. However, it is critical that drivers keep an eye out for motorcyclists given how vulnerable they are in the event of a collision.

Slow down and carefully check all your mirrors before making a turn. It’s also important for drivers to double-check blind spots before changing lanes given how easily it is for motorcycles to hide there undetected. A little bit of extra effort can be all it takes to ensure motorcyclists like Owens make it home to their families safe and sound.