Google has taken the interesting step of aggressively lobbying legislators in at least three states that are currently considering measures to restrict the use of Google Glass headsets while driving. The attempts by Google to head-off restrictions on its product have surprised some and worried others who fear the powerful tech company will sway important safety decisions before data has been collected regarding the product. 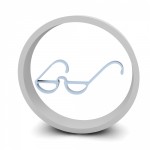 Currently, eight states in the U.S. are debating regulations concerning Google Glass. The device is a small computer screen that is mounted in the corner of an eyeglass frame. The concern among some is that the device, which is connected to the Internet and can be used to check email, take photos and even watch videos, will be used by drivers when they should be paying attention to what’s going on in the road in front of them.

Google Glass represents part of a larger trend in the tech world toward wearable technology. The sophisticated eyeglasses, smart watches and even some healthcare devices are slowly changing the way we are used to interacting with technology. Many experts believe the category will take off, in much the same way that smartphones did and computers before that and that legislators will need to take a different approach to regulating the products.

To try and avoid what could be commercially damaging series of laws against users of Google Glass, Google has hired a team of lobbyists to try and persuade lawmakers in states like Illinois, Delaware and Missouri that Google Glass-specific restrictions are unnecessary. Google’s main message to legislators is that the regulation is premature because Google Glass is not yet widely available and there is no information about the safety of the device.

Google Glass has not yet been extensively tested out by the court system. One recent case in San Diego concerned a woman who was arrested and charged with distracted driving while wearing Google Glass. The woman argued that she never had the device on while driving and that without proof that the Glass was operational, there could be no distraction. The traffic judge agreed with the woman and dismissed the case.

Critics of the device say that distraction behind the wheel is already rampant and that adding a new, powerful piece of electronics that sits on your face into the mix will only make a bad situation much worse. Rather than wait until people die to legislate the issue, the goal is take action preemptively and save lives. Already, the federal government says that more than 3,000 people die in crashes related to distracted driving each and every year, a number far too high to allow legislators to sit idly by.