A terrible accident in Charlotte left one man dead and another person severely injured. According to officials with the Charlotte-Mecklenburg Police Department, the accident happened around three in the afternoon last Monday. The wreck occurred on the 5600 block of West Boulevard near the intersection with Arff Road. 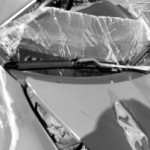 Authorities say that the driver of a ’79 Pontiac Grand Prix was traveling towards town along West Boulevard when he lost control of his car. The Pontiac then crossed out of its lane and into the path of an oncoming Nissan Xterra driven by Marco Cesped. Given the position of both vehicles, Cesped’s Xterra ended up T-boning the Pontiac.

Emergency responders say they arrived on the scene quickly and rushed the driver of the Pontiac to a local hospital by helicopter, but it was too late and the man succumbed to his injuries shortly after arriving at the hospital. Police have not yet released the victim’s name.

The driver of the Xterra also suffered injuries in the accident and received medical attention for them. According to police, speed appears to have been a factor in the accident, though they do not believe that drugs or alcohol played a role. Investigators with CMPD’s Major Crash Unit say they are continuing to hunt for clues about what may have led to the accident.

Sadly, this recent incident highlights the reality that accidents where someone is ejected from a vehicle almost always end in death. In this case, the driver of the Pontiac was not wearing his seatbelt at the time and the force of the collision was enough to throw him through his windshield and out onto the pavement below.

Seatbelts exist, in part, to hold occupants inside a vehicle. When seatbelts are not worn, there’s nothing to absorb the force of the crash and the person’s body continues moving forward despite the fact that the car has come to a sudden stop. This leads the person to be thrown from the car and almost always results in catastrophic injuries.