Medical treatments involving stem cells have been hailed as holding the promise of a new generation of treatments for a variety of diseases, ailments and disorders. Now an American woman is learning that experimental stem cell treatments performed in Portugal eight years ago may have produced some unintended results. 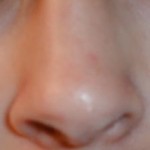 The woman was suffering from paralysis. Doctors had used a similar method on some 20 other paralysis patients; more than half reported recovery of movement or sensation. The American woman’s treatment did not involve the controversial method of transplanting of embryonic stem cells; instead, doctors removed tissue from her nose and implanted it in her spine. Doctors hoped the cells would turn into other cell types similar to cells near the site of the woman’s injury, acting as a kind of bodily “repair kit.”

Instead, after the stem-cell operation, the woman experienced increasing pain. In 2013—eight years after the stem cell operation—doctors discovered a three-centimeter-long growth made up mainly of nasal tissue on the woman’s back. Doctors also found small pieces of bone and nerve branches that had not connected to the woman’s spinal nerves.

Doctors said this circumstance occurred in less than one-percent of operations and that many patients receiving the treatment had seen a “remarkable recovery.”

In a similar case in China last year, doctors successfully grew a nose on a man’s forehead—except in that case the growth was intentional. That man’s nose had been damaged by infection. Doctors transplanted nose tissues onto the man’s forehead, causing the growth of a new nose. Doctors planned to remove the man’s original nose and transplant the new nose from his forehead.

While stem cell treatments may be the wave of the future, they are still in their infancy and it is doubtless that unintended results of procedures will continue to show themselves in the coming years. In many cases, people who have undergone stem cell transplants or other complicated surgical procedures do not learn of their injuries until years after the surgery.

By that time, many believe, the statute of limitations may have passed on a claim. Many people, however, do not understand the concept of latent injury. A latent injury is one that an ordinary person would not discover until years later when the injury shows itself or is discovered. It is important, once an injury has been discovered, to determine whether an injured party has a claim against the person or persons who may have caused the injury.

Speaking with an experienced personal injury attorney to determine your options may be the best action you can take if you believe you have been injured as a result of someone else’s negligent or intentional conduct.