Charlotte Personal Injury Attorney Matt Arnold of Arnold & Smith, PLLC answers the question “What if the accident was my fault?”

The death of a three-year-old boy from Lancaster County, S.C. is only the latest in a string of deaths nationwide related to hot cars. Logan Cox became trapped in a car with his dog after slipping out of his home without his mother noticing. She found him a short time later and called for help. 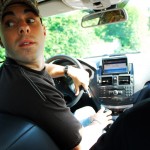 The boy was rushed to the hospital, where he was treated for heat stroke. Tragically, Logan Cox passed away Sunday evening. Police have not pressed charges against Logan’s mother, who said she believed her son climbed into the car because he loved toy cars and wanted to drive.

Meanwhile, police in Georgia have released more information regarding the death of 22-month-old Cooper Harris. He was left strapped in his car seat by his father for seven hours in a parking lot not far from where his father worked. Harris’s father, Justin, has been charged with murder in that death, after police alleged he left his son to die in the car on purpose.

Police have said Harris was sexting with as many as six different women throughout the day his son died—including one woman who was underage. Police also alleged that in the days before his son’s death, Harris made internet searches on how long it would take for a person to die in a hot car.

The Department of Earth & Climate Sciences at San Francisco State University reports at least fifteen hot-car child deaths in 2014. The Department logged forty-four deaths of children in hot vehicles in 2013 and documented 621 cases since 1998. An analysis by the Department showed that in half of hot-car death cases, children were forgotten by their parent or caregiver. Less than a third of cases were the result of children playing unattended in a vehicle, while less than a fifth of cases were the result of adults intentionally leaving children in hot cars. Charges are brought against responsible parties in roughly half of cases.

A spike in hot-car deaths may be an unintended consequence of good intentions. Data show that in the three-year period before airbags became popular (1990-1992), only eleven children died from heatstroke after being left in hot cars. After airbags became common and children were routinely placed in the backseat, child hot-car deaths increased tenfold.

At least one observer is recommending a “shoe trick” to help responsible parties keep track of children in cars. If you have a child or children riding in the back seat, remove your left shoe and place it in the back with the child or children, the observer urges. When you arrive at your destination, you will be sure not to miss your precious cargo when you retrieve your shoe.