How long does it take to get a medical malpractice case into the hands of a jury? Eleven years and counting, at least for one North Carolina plaintiff. Sadly, Pamela Justus did not live to see her claims against neurosurgeon Michael Rosner, Park Ridge Health and Adventist Health litigated in a court of law. 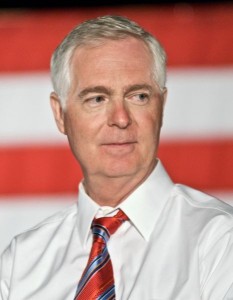 Jurors in Henderson County Superior Court viewed Ms. Justus’ video testimony on Monday. The testimony was recorded more than two years ago—before Justus’ death. Justus said she hoped her lawsuit would keep what happened to her from happening to anyone else.

Dr. Rosner’s medical license has been suspended repeatedly by the N.C. Medical Board. The board found in 2003 that Dr. Rosner had performed unnecessary surgeries on at least eight patients, including Mrs. Justus. In his spinal decompression surgeries, Dr. Rosner would carve away portions of the spine and the back of patients’ skulls in order to treat chronic pain conditions such as fibromyalgia. More than 20 lawsuits have been filed against Dr. Rosner alleging medical malpractice and professional negligence. Mrs. Justus filed her lawsuit in 2003.

She alleged that Dr. Rosner was negligent, but she also made claims against Park Ridge and Adventist Health, alleging that they were aware of the doctor’s actions and participated with him “in a civil conspiracy to perform wrongful, experimental and unnecessary surgeries.” Attorney Wade Byrd argued that medical facilities “must always investigate a surgeon’s background before allowing a surgeon to perform operations in its facilities.” If they fail to do so and patients are harmed, Byrd said, the medical facilities are responsible.

Justus’ attorneys include former North Carolina Governor Mike Easley. He told the jury to look for “ongoing fingerprints of conspiracy” between Dr. Rosner and the medical facilities, which would show themselves in communications, emails, discussions, testimony and media comments. The evidence would show, Easley argued, that medical facilities knew about Dr. Rosner’s past when they provided him the privilege of conducting surgeries on their premises. Both the doctor and the medical facilities, the attorneys alleged, were willing to see patients hurt in order to enrich themselves.

Dr. Rosner has denied the allegations. One of his attorneys, Lisa Hoffman, said the doctor was not negligent and did not conspire with the medical facilities to hurt patients for money. “What he was doing was trying to help these patients when no one else would,” Hoffman said.