It’s been a rough start for the Trump administration by almost any measure. They’ve had trouble articulating their legislative vision for the country and have had even more trouble executing. One of the few policy positions that has been made clear is the desire to streamline regulations, something the administration views as unnecessarily oppressive and anti-business. Though some have celebrated the change, many others are skeptical if not outright hostile, especially as the practical impact of that ideology begins to come into focus. 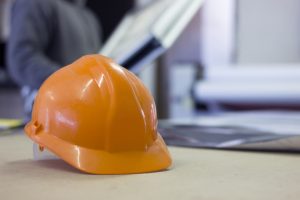 A good example of the kind of burdensome regulations the administration intends to eliminate includes those that exist to protect workers from injury on-the-job. As more and more such rules get rolled back, workplace safety experts worry about the long-term impact this could have on employees across the country. To learn more about how an emphasis on deregulation could harm workers, keep reading.

A glaring example of how different things are under President Trump than under President Obama comes from examining the behavior of the Occupational Safety and Health Administration. Back in 2015, OSHA, at the behest of the Obama administration, finalized a deal that had been debated for decades, the aim of which is to greatly reduce the likelihood workers are exposed to beryllium, a metal that has been shown to cause lung disease and death in dozens of people each year. OSHA reached a deal with the industry responsible, a victory that was hailed as an example of employers and regulators working together to protect employees.

The problem now is that OSHA under President Trump has decided to put off enforcement of the deal, bowing to pressure from industry insiders. OSHA has also decided to delay enforcement of a number of other workplace safety restrictions, including rules regarding exposure to silica and various record-keeping requirements.

Back in March, the House and Senate took action to roll back the Fair Pay and Safe Workplaces rule, something implemented during the Obama era. The rule required all federal contractors to record, publicly disclose and take action to correct safety issues in the workplace. If companies failed to comply, they weren’t eligible to bid for federal contracts. Employers and trade groups worked together to push for a repeal, saying the regulations disincentivize companies from bidding on government contracts, something that ultimately raises prices as it reduces competition.

Another signal of the Trump administration’s stance on workplace safety regulations is found in its lack of interest in publicity, at least as it relates to workplace safety. During the first few months of the new administration, the Labor Department had not issued a single press release notifying the public about any enforcement actions taken against employers related to workplace safety violations. This represents a stark departure from the Obama administration, which viewed publicity as an important enforcement tool, shaming violators and sending a message to others to mind the rules or expect similar exposure. The Labor Department previously issued about 460 press releases each year trumpeting action taken against violators, a number likely to see a huge decline.

The question on everyone’s mind is how will the administration’s stance as it relates to deregulation impact workers in the real world? Will employers feel emboldened to skirt the law, jeopardizing safety? Will workers suffer as a result? It’s too soon to tell, but many will be watching and waiting for signs.