Those in Florida who have suffered serious personal injuries due to the negligent or reckless action of doctors can rejoice after a recently issued state Supreme Court ruling. While other states debate passing new and more strict damage caps, those in Florida have come under intense fire from a skeptical judiciary. Though doctors, hospitals and insurance companies may complain, victims of medical malpractice and their advocates say the recent ruling tossing out damage caps is cause for celebration. 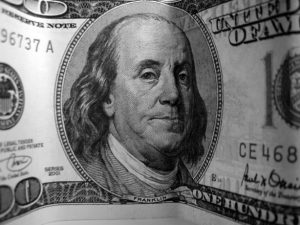 The intention of the caps is to limit a doctor, hospital or insurance company’s financial exposure in the event of a loss in court. According to advocates of the caps, this limit is needed to stop the rise in medical malpractice insurance premiums, which they claim are so high that doctors are discouraged from practicing in Florida.

The problem with the cap, according to critics, is that it unfairly discriminates against some personal injury victims, in this case, those who are victims of medical malpractice. Even worse, it most negatively impacts those who suffered the most extreme harm, capping damages only in cases where doctors caused debilitating injuries to patients. In effect, the caps exist to punish victims and reward negligent doctors and hospitals, limiting how much they are required to pay without regard for the severity of the harm they cause.

The case currently before the Supreme Court involves a medical malpractice claim from a dental assistant living in the Miami area. The woman was told by doctors she had carpal-tunnel syndrome and needed surgery to repair the damage. When she went in for her procedure, doctors perforated her esophagus while trying to insert breathing tubes. The damage done was tremendous and a jury agreed, awarding the injured woman $4 million in non-economic damages (meaning those pertaining to pain and suffering or emotional distress). Though the jury was convinced this number was justified, the law intervened, reducing her damages by about $2 million thanks to the 2003 damage caps.

The woman appealed the decision and won the day before the Florida Fourth District Court of Appeal. The case was then appealed again up the Supreme Court, which affirmed the Fourth District’s decision. In a close 4-3 decision, the Supreme Court ruled in favor of the injured victim, deciding that the damage caps violated equal protection rights under the Constitution as they amounted to invidious and arbitrary discrimination. Moreover, the Court found that the caps did nothing to stop rising medical malpractice insurance premiums, the issue they were supposedly designed to solve. As a result, the Court found that the caps arbitrarily reduce damage awards for plaintiffs who have suffered the worst, something that they decided could not be allowed to continue.

Though three justices lodged a forceful dissent, the majority’s decision will stand. The question many now wonder is whether the recent ruling serves as an impetus for other courts in other states with damage caps or if it remains isolated to Florida.

Surgery Patients Going Up In Flames Spark Series of Settlements