If you’ve been injured in an accident and have expenses that need to be paid as a result, it may occur to you to file a lawsuit against the person responsible for causing the harm. If you hire a good lawyer and the facts are on your side, you may win a judgment from the court in your favor, requiring the defendant to pay for things like time off work, medical bills and pain and suffering. What you may not realize is that the money you win may not all be yours and that your insurance company has the ability to swoop in and seek reimbursement for money it spent on your behalf. 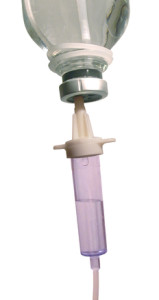 Unfortunately, this is not only legal, it happens with regularity. Plaintiffs routinely find themselves celebrating a big victory only to have their judgment cut in half (or worse) after the insurance company takes it cut. The U.S. Supreme Court recently waded into the issue and, though the Court did not end the practice, it handed a small victory to plaintiffs by making it harder for insurance companies to go after proceeds from a personal injury suit.

The case at issue began back in 2008 when Robert Montanile was seriously injured by a drunk driver who ran a stop sign. Montanile had to undergo spinal fusion surgery as well as other procedures in an attempt to recover from the debilitating crash. The medial costs came to more than $121,000. However, the bill was largely paid for by his employer’s health plan.

Montanile later sued the drunk driver and won a big payout of $500,000. Half of the money disappeared right away due to attorney’s fees and expenses related to handling his case. This left Montanile with just under $250,000, or so he thought. His health plan later claimed the $121,000 it was owed, which would have resulted in Montanile being left with approximately 20% of his own personal injury judgment.

How do insurance companies justify such a big money grab? Most health care contracts include language that specifically allows the companies to reimburse themselves if a member receives a personal injury settlement or jury award. Not only does the language allow the reimbursement, it usually says that the insurance company is first in line, meaning it takes its money off the top, before the victim receives anything. Insurance companies argue this is fair because they say if a plaintiff has his or her medical bills covered once by insurance and then gets to keep the money for medical costs as part of a personal injury award, he or she is essentially getting paid twice.

In this case, Montanile hired a lawyer to handle the negotiations with his insurance company, trying to reach a fair compromise. The insurance company, however, refused to cooperate and failed to respond to repeated requests. As a result, the lawyer released the remaining settlement money to Montanile who promptly spent it paying bills and caring for himself and his daughter.

The insurance company then sued arguing that it was entitled to reimbursement either from the money received by the plaintiff or, if that was gone, the assets owned by Montanile. Thankfully, the case made its way to the Supreme Court, which made clear in an 8-1 decision that it disagreed.

The Supreme Court decided that insurance companies are entitled only to take the specific funds received by a plaintiff or those goods that can be directly traced back to those funds. If the assets cannot be traced to the settlement money, then the insurance company has no basis to take other, unrelated items of property for compensation. The Court noted that timing was an important factor here and, had the insurance company responded to the many requests from Montanile, it might have received its money.

Experts say the recent decision is important for individuals in that it sends a clear message that if an insurance company wants to assert its rights to a personal injury settlement it needs to do so quickly. The hope is that this will lead to clarity for plaintiffs who often wait in limbo for months to hear how much (if anything) an insurance company intends to ask for in reimbursement. If insurance companies don’t move quickly, they now run the risk that the money will be gone by the time they do.