Ridesharing companies have become wildly popular in recent years, with Uber and Lyft enjoying eye-popping valuations and tremendous interest from investors who believe they are remaking the transportation industry. Though consumers have flocked to the services, many may not realize the hidden dangers associated with jumping into cars driven by strangers. In some cases, riders have reported being robbed or physically assaulted. Now, a lawsuit in California filed against Lyft is asking for damages for personal injury and wrongful death. 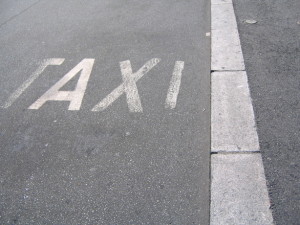 The terrible incident occurred back in fall of 2014 when a couple from Sacramento was ready to leave a friend’s Halloween party. The two decided to call a Lyft vehicle and piled into the back of the driver’s Toyota Camry. It was a rainy night and the driver, a 31-year-old, took the interstate. Along the way home, the driver swerved to avoid a stopped vehicle and lost control, spinning off the road and crashing into a tree. A subsequent investigation into the crash showed that the Camry was being driven at 75 miles per hour immediately prior to the crash, in excess of the speed limit.

The two passengers suffered serious harm from the crash. One man received a concussion and other injuries that required hospitalization in intensive care for three days. The other was declared dead after sustaining traumatic injuries. The California Highway Patrol determined that the Lyft driver was responsible for the crash due to the unsafe swerve which led to the loss of control. Additionally, it was revealed that the driver had no proof of insurance with him at the time of the crash.

In the immediate aftermath of the crash, Lyft appeared willing to take some responsibility for what had happened, offering to pay the medical expenses for the one man. However, the company later backed out of its offer. The mother of the deceased individual says that no one ever called to apologize or offer condolences, instead, the company has decided to remain silent and fight any effort on behalf of the riders or their family to receive compensation for the harm they suffered.

Last year the one man filed a personal injury lawsuit at the same time as the deceased man’s mother filed her wrongful death claim. The two suits were eventually joined into one case, naming the driver and Lyft as defendants. Lyft has responded to the suit by listing a series of 20 legal defenses. Among the defenses, Lyft claims that the two men voluntarily assumed the risk of getting in the vehicle driven by the stranger and thus the company could not be held responsible for the harm they eventually suffered. Another defense argued that Lyft ought not be responsible because the driver was an independent contractor, rather than an employee. An especially bizarre defense was that Lyft claims they should avoid liability because they aren’t really a transportation company, they are instead only a technology company.

The lawyer handling the personal injury and wrongful death cases said he hopes to have the judge set a trial date for later this year. If successful, that will mean Lyft will be forced to try out these arguments in front of a jury, putting its attempts to evade liability to a tough test.